No keyboard layouts in Cinnamon 2.6.7

I upgraded my Cinnamon DE (in Linux Mint 17.1 Rebecca) via sudo apt-get install cinnamon, from my Xfce DE. All is working well except for the keyboard layouts. I'm stuck with a US English layout and the options are blank: 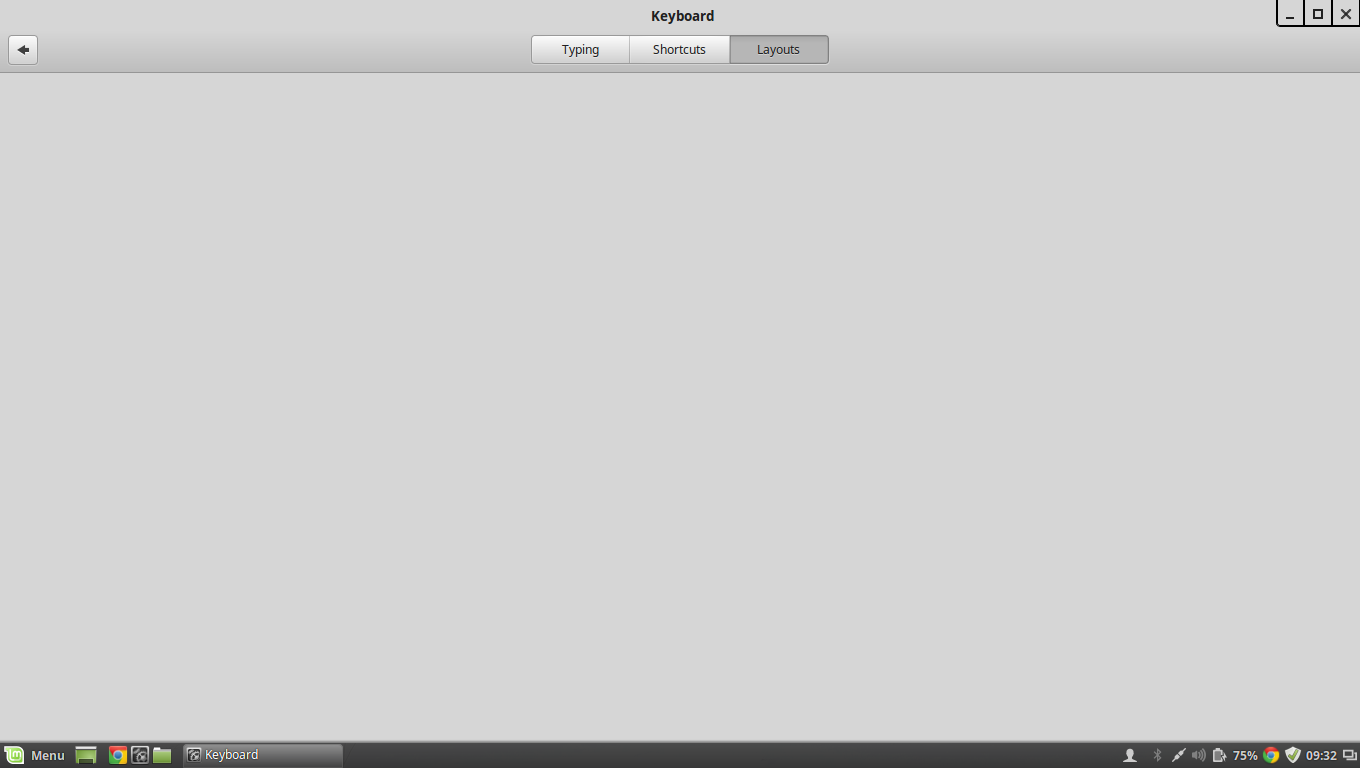 Any suggestions? Am I missing some package?

It looks like you might be missing some packages. I don't use Ubuntu but I'm pretty sure the package you wanted to install was cinnamon-desktop and not cinnamon. The latter does not seem to contain all the necessary bits.

The cinnamon-desktop-environment is an Ubuntu meta package that should install everything that comes with Cinnamon. While that will almost certainly solve your issue, it will also install various programs that you might not necessarily want (things like pidgin, totem etc).

You could also try installing the cinnamon-desktop-core metapackage which should bring in everything you need (though you seem to have most of it already) without too many extras.

Not the answer you're looking for? Browse other questions tagged linux-mint keyboard keyboard-layout cinnamon or ask your own question.