Where is the "Session" menu in fedora 21 gnome desktop login

So basically I am trying to switch from gnome to KDE in Fedora 21 workstation. I have already installed it via

Looking online they say I need to switch it via the session menu.

During the default login process, you can use the "Session" menu to choose a KDE login instead of a GNOME login. You will be asked if you wish to make KDE Plasma Desktop your default desktop." 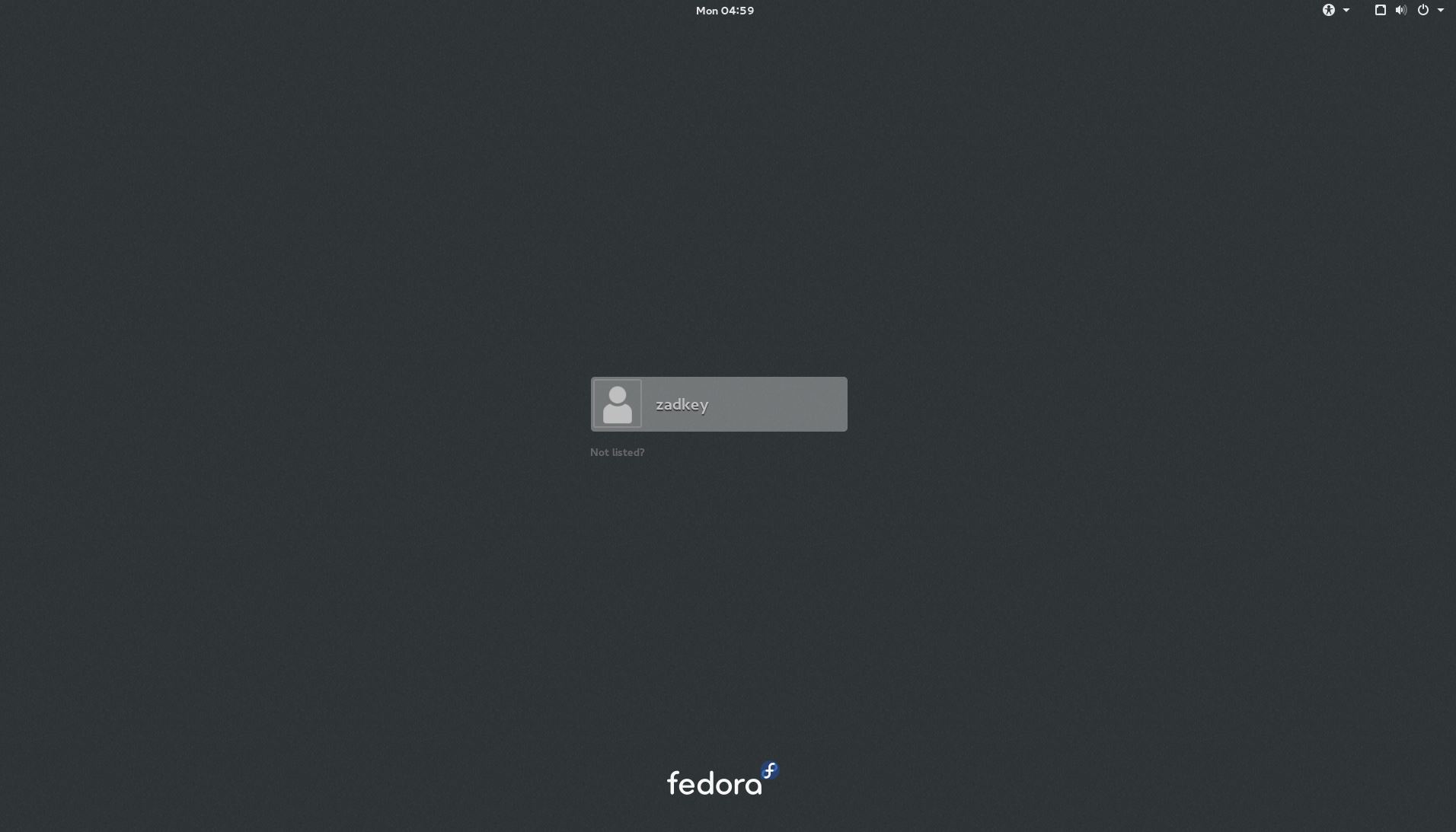 Where is this mythical session menu?

It is shown after you have selected a user. Hit enter or click on your name. A gear-wheel will appear where you can choose the session to run.

If you plan to use KDE, I'd suggest changing GDM to KDM.

Leaving aside the design flaw of not being able to, as Alexander pointed out, alter the chosen session if you have a non-passworded account - I noticed that on a fresh Fedora 23 workstation install, merely running

was not enough - once I'd done that, KDE was installed, but the gear icon in the GDM login screen was still greyed out. Rebooting (I wouldn't have thought it to be necessary, but figured I'd try just in case) makes no difference.

Following the steps in Christian's answer (installing kdm - obviously not installed as part of "KDE Plasma Workspaces" - then disabling gdm and enabling kdm) did the trick - the KDM login screen has a prominent 'Session type' button which pops up a menu.

Interestingly enough, not only does that menu show Plasma and gnome, it also shows gnome classic - something that obviously was already installed prior to groupinstalling kde (that and kdm are the only two things manually installed on this system so far) but wasn't selectable from the gdm login screen at all - so in the default fedora 23 workstation image gnome classic is installed, but inaccessible until you switch login screens.

I know the original question specifically referenced fedora 21, I'm just looking to keep this page relevant for people googleing the same problem in a newer version, as it does still exist (at least in 23).

Not the answer you're looking for? Browse other questions tagged fedora gnome kde or ask your own question.

4
Changing default desktop environment
1
Find and remove the packages that provides desktops environments
3
How to fix log-in in graphical mode on fedora 25
0
What is the package and background process for network time in Fedora 26?
8
KDE no longer automatically switches desktops
4
Desktop stops responding to mouse input - Fedora 34