After man less (and optionally hit h for "Summary of less commands"), since man uses less to display the text, I hit s to save the text to a file.

When I open the file in emacs or vi, there are unwanted ctrl+h, and some characters are undesirably repeated. Why is that? How shall save "Summary of less commands" correctly?

Why does redirecting the output of man less to a file not have the problem? 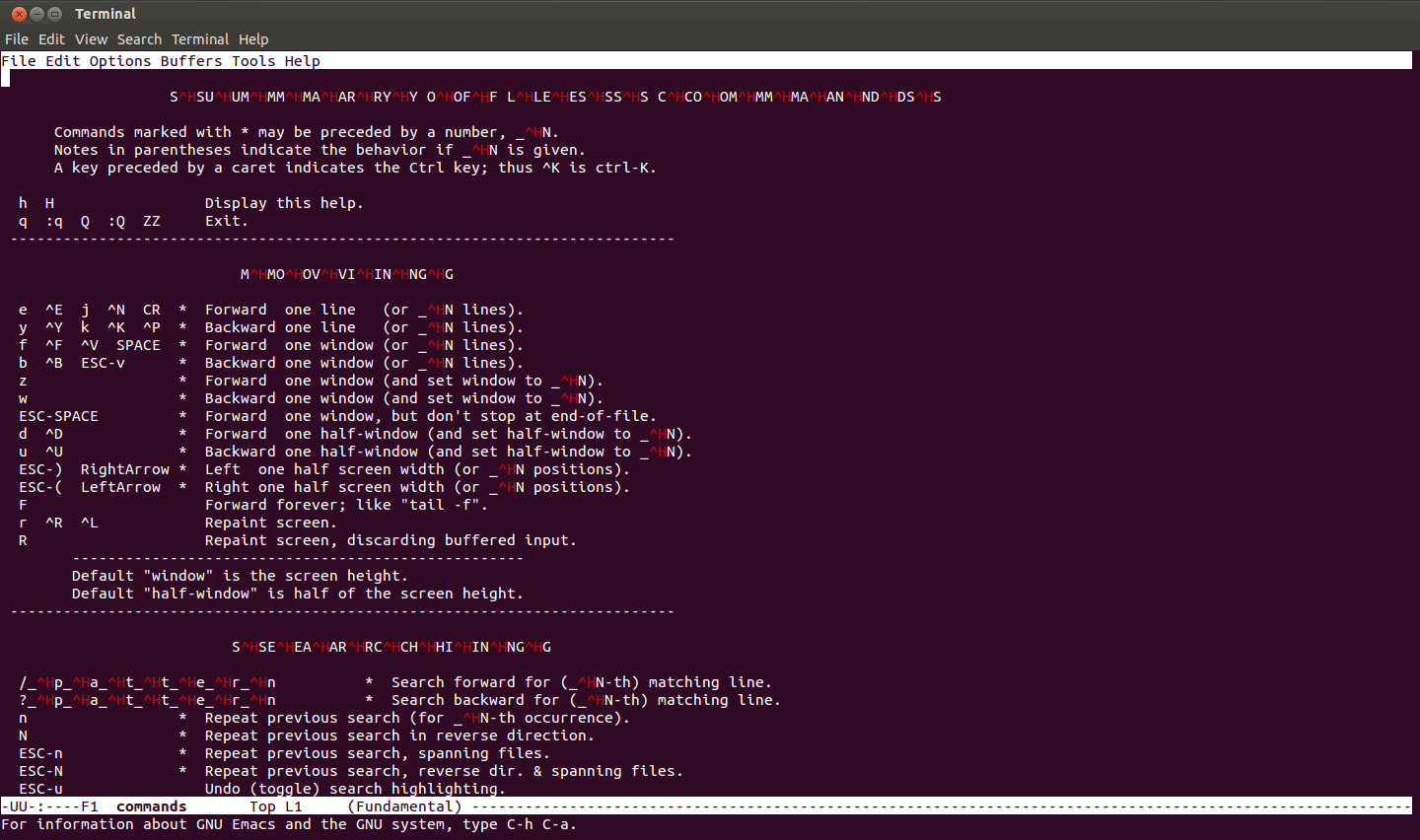 That goes back to tele-typewriters (ttys!) in the 70s.

Sending X<backspace>X (^H being the ASCII BS character) to a tele-typewriter, causes it to write X, go back one character and write X again on top of itself. It being written twice makes it appear as bold.

Similarly, for underline, you'd write _<backspace>X which would write X on top of an underscore X̲.

roff, the typesetting system used by man was one of the first thing written for Unix in the 70s as that's how the Unix authors got their funding.

Using man then on a tele-typewriter would send those sequences to write bold and underline.

Tele-typewriters soon got replaced with Cathod-Ray-Tube terminals. There, the BS character just moves the cursor backward and characters override the character underneath.

So sending X<backspace>X or _<backspace>X there just displays X. CRTs also have a limited screen space (as opposed to paper in tele-typewriters), so pagers like more were born.

Pagers were enhanced to understand those X<BS>X sequences and use corresponding escape sequences to tell the terminal to display bold or underline.

And man still uses them to display bold or underline when the output goes to a pager.

When man (at least some implementations) detects that the output doesn't go to a terminal, it doesn't invoke a pager and does not use those sequences, which is why you don't see them when you redirect to a file.

If you want to remove those sequences, you can use the col -b command.

Not the answer you're looking for? Browse other questions tagged man less or ask your own question.

6
Emacs mode for man pages
20
Characters encodings supported by more, cat and less
3
Have man pages display how far I am through the file
6
What is the name of the formatting output from man?
1
Find out which encoding method less uses to display the content of a text file?
11
How to search a pattern containing hyphens inside man pages?