Q: Is it normal if a RHEL 6.5 machine kernel panics if I type the LUKS password a few times wrong? 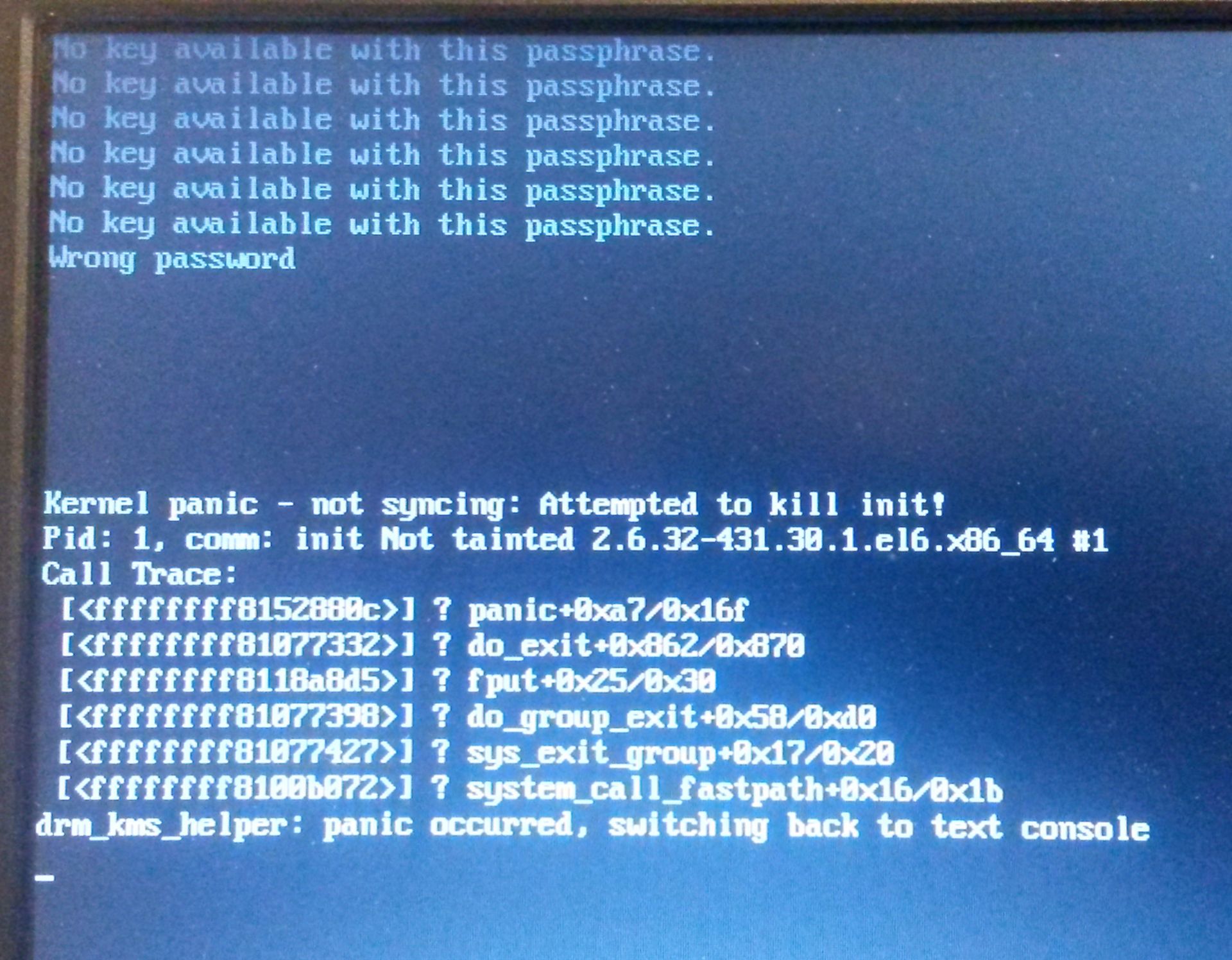 Yes. The init process, which always had process ID 1, exited. UNIX operating systems panic by design when this happens, because essentally, without init, the system cannot continue to do much of anything useful. (That's not technically quite true, some things can continue, but it's not supposed to happen and it considered bad enough to justify restarting the system.)

The initramfs gave up asking you for a password and just quit. Since in that early boot stage init is an initramfs scripts instead of the real init, the same thing happens.

It's normal, depending on how the Initramfs was set up by your distribution.

An Initramfs can be customized; so it could ask for the passphrase more often / indefinitely, or show a different message / force a reboot instead of just exiting init followed by the kernel panic.

It actually already shows a message (the message is Wrong password, as opposed to the cryptsetup message No key available with this passphrase), just won't be interpreted as such by most people since the "kernel panic" on this screen is much more eye catching.