I have this folder structure:

that I would like to flatten into this, with an underscore between each folder level:

I've looked around and I haven't found any solution that work, mostly I think because my problem has two particularities: there might be more than one folder level inside the root one and also because some files might have spaces.

Any idea how to accomplish this in bash? Thanks!

Edit: Running gleen jackman proposed answer I get this: 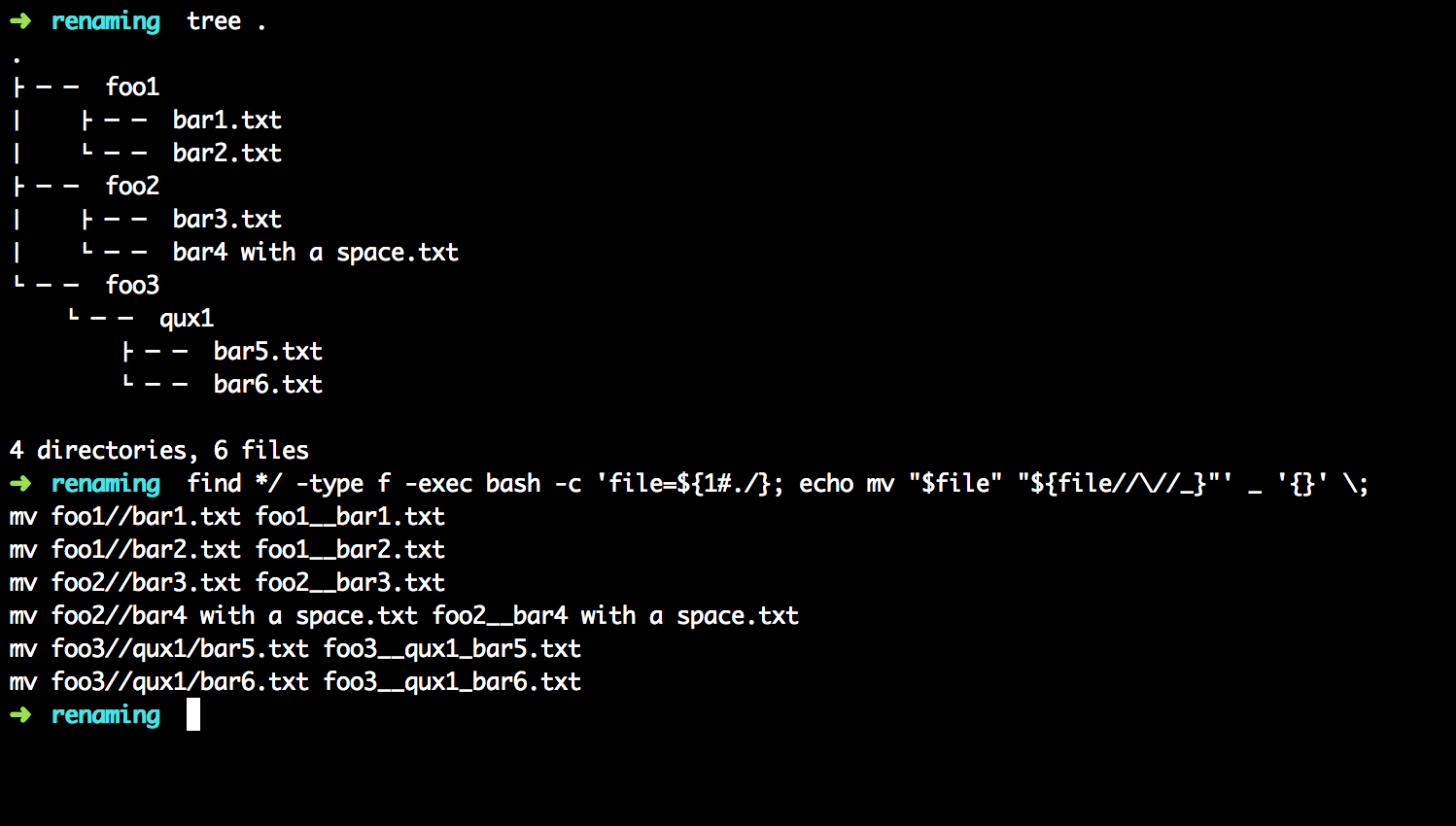 There are two underscores for the first level folder. Any idea how to either avoid this or just rename it so that is just one underscore? Thanks.

remove echo if you're satisfied it's working. Don't worry that the echo'ed commands don't show quotes, the script will handle files with spaces properly.

If you want to remove the now empty subdirectories:

If you run the following command (GNU)

then this seems to be the right tool =)

If not, to make it the default (usually already the case) on Debian and derivative like Ubuntu :

(replace /path/to/rename to the path of your perl's rename command.

If you don't have this command, search your package manager to install it or do it manually

Last but not least, this tool was originally written by Larry Wall, the Perl's dad.

...once you have verified the results are to your liking.

You can try with below command.

Above command will move the files and the directory will remain which can be removed later.

Not the answer you're looking for? Browse other questions tagged bash shell-script rename or ask your own question.