[[ expression ]]
[...] Expressions are composed of the primaries described below under CONDITIONAL EXPRESSIONS. Word splitting and pathname expansion are not performed on the words between the [[ and ]];
[...] When the == and != operators are used, the string to the right of the operator is considered a pattern and matched according to the rules described below under Pattern Matching.

In the whole section the case of a single = is not mentioned.

CONDITIONAL EXPRESSIONS
[...]
string1 == string2
string1 = string2
True if the strings are equal. = should be used with the test command for POSIX conformance.

From this description I would expect that

checks for equal strings and

checks for a pattern match. But that is not the case:

Do I misunderstand something or has the bash man page just forgotten to mention =?

and further down, under CONDITIONAL EXPRESSIONS: 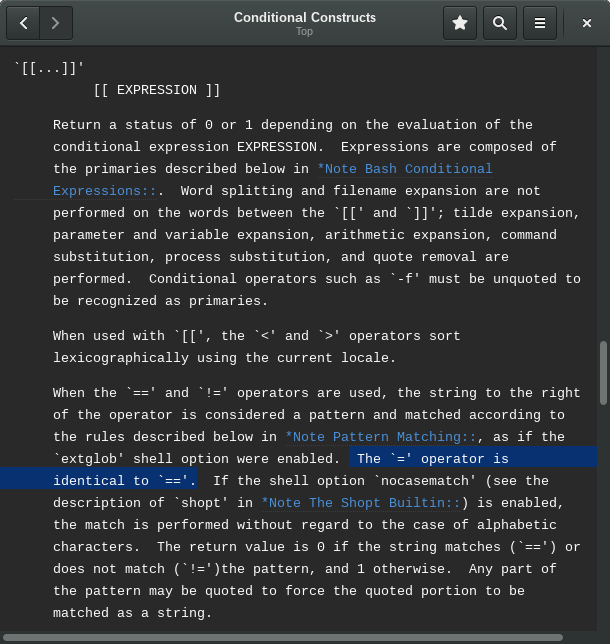 Not the answer you're looking for? Browse other questions tagged bash or ask your own question.