I like the Super button for the Whisker Menu search (xfce4-popup-whiskermenu), which is the default in Linux Mint Xfce (but can be set like that in Xubuntu or other systems with the Xfce desktop) and the Display button (XF86Display, F4) for xfce4-display-settings --minimal.

The same command xfce4-display-settings --minimal is present in the Xfce keyboard shortcuts (xfce4-keyboard-settings) associated with Super-P. 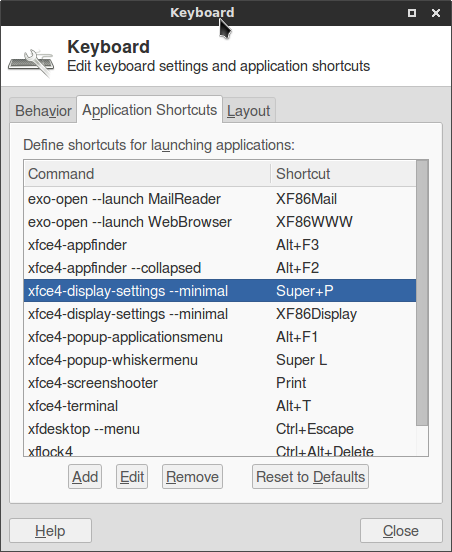 For some reason this leads to interference when using XF86Display button, as the Whisker menu appears too: 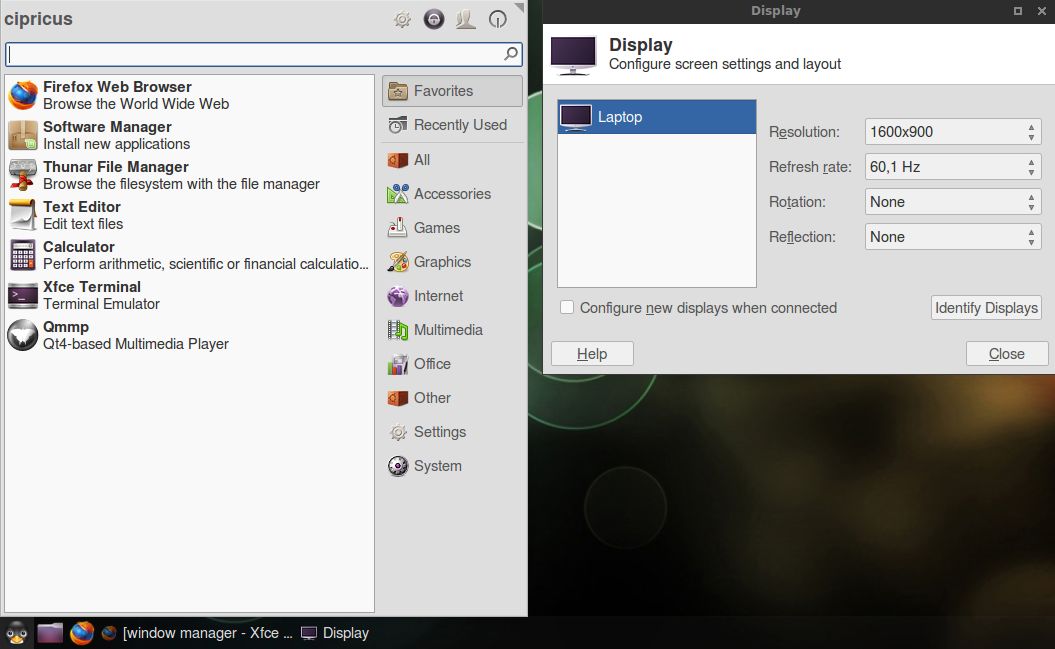 When trying to remove one of the two commands in the keyboard shortcuts list, it doesn't work. When I try to edit Super-P and replace it with something else like Ctrl-Alt-P, this only creates a new entry instead of replacing the old one (the new entry appears beside the old one after restarting xfce4-keyboard-settings).

To remove the Super-P shortkey, one has to edit the /usr/share/mint-configuration-xfce/xfce4/xfconf/xfce-perchannel-xml/xfce4-keyboard-shortcuts.xml file and delete the according line as indicated here. But the interference stays there: then, the XF86Display button will only show the Whisker menu, although associated to xfce4-display-settings --minimal in xfce4-keyboard-settings.

Interestingly, trying to edit that entry and pushing the XF68Display button again, a new entry is created with the Super-P shortkey (although I didn't touch those keys, but the Display button F4). In this way the initial situation is restored. -- This is because in this way the deleted entry from /usr/share/mint-configuration-xfce/xfce4/xfconf/xfce-perchannel-xml/xfce4-keyboard-shortcuts.xml was recreated in the user-specific file /home/USER/.config/xfce4/xfconf/xfce-perchannel-xml/xfce4-keyboard-shortcuts.xml. -- No change in these files seems to dissolve the confusion/association between XF86Display and Super-P.)

It looks like the XF86Display (F4) button is seen as Super-P. Is this normal?

Xev for the display button says:

This is odd because on the same laptop with the same bios I have installed Ubuntu Unity which also uses Super-key-only (to invoke the Dash search), but there is no interference with the Display button.

This is probably a bug, similar or identical to this one (Super-P mapped for display in BIOS), only that on my laptop the display button is not Fn-F8, but F4.

What I do not like is not that the command for switching displays (XF68Display) matches also the "p" key, but that it matches Super-P: I want Super to be reserved for Menu Search (xfce4-popup-whiskermenu) and be used by itself for search in Xfce, just like in Ubuntu Unity. So, I do not want Super to be used in any other combination.

Super-P cannot be removed, because it seems to be set by the laptop manufacturer in BIOS to match the Windows 7 setting. Identity between Super-P and XF68Display (F4 on my laptop) is probably also BIOS-based.

So, I do not have a solution, but a workaround: F5 (XF86HomePage) button is not associated in BIOS with any command, and so it can be set in xfce4-keyboard-settings to run xfce4-display-settings --minimal.