What is mintstick.py and how to install it?

In Linux Mint, unlike in Ubuntu, I see two separate launchers to handle USB sticks, one only for formatting, the other for writing image files to the USB stick. 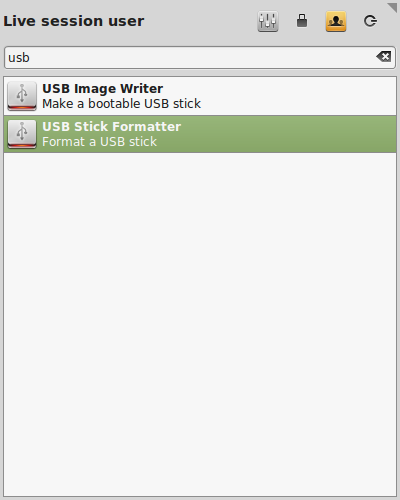 In the task manager I see in fact that they are both running mintstick.py with supplementary parameters for handling the iso.

Is this related to usb-creator-gtk (Startup Disk Creator) from Ubuntu?

Can it be used in other Linux systems?

It's Mint's alternative to usb creator. It is a graphical application to write .img and .iso files to USB keys. It can also format USB Key from a contextual menu in Cinammon and KDE desktops. It can be used in other linux systems, at least in Ubuntu for sure.

UPDATE: that ppa is not updated and will not work in latest Ubuntu 18.04

For Ubuntu 18.04, until a newer version is launched along with a Ubuntu 18.04-based Linux Mint, download latest version 1.3.8 from here.

Open a terminal at the location of the download and do

Actually mintstick is an improved version of USB-ImageWriter, which is based on dd utility and came from OpenSUSE and can work with any distro image. But Startup Disk Creator (usb-creator) is made for ubuntu and ubuntu-based systems only. It also has optional persistence option (all changes made to the system are saved, unlike a Live CD) which minstick doesn't have.

Installing mintstick, you will then have both the Image Writer and the USB Formatter. 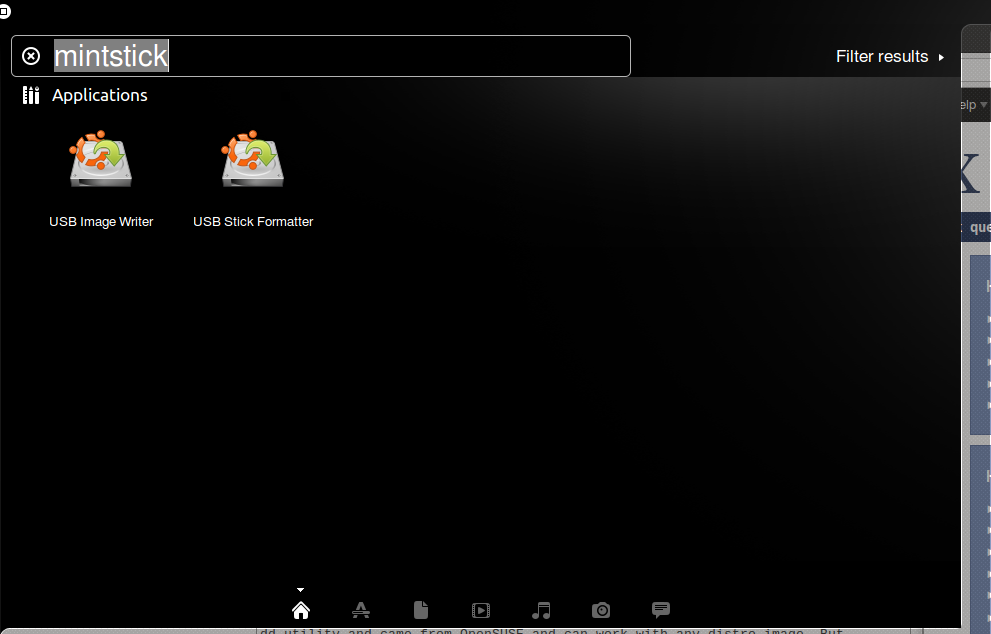 2
Multiple-boot from ISO files does not show OS menu
1
Install Slackware on a USB Pendrive
1
How to load an openSUSE live USB?
0
How do I delete files on my USB stick and dismount it?
0
How to mount an iso disk image hidden in an unallocated free space on a disk, assuming that the location and size of the image are known?
3
General question about `dd`, iso images and linux devices
1
How do I burn Windows 10 iso from Ubuntu?