After struggling with USB 3.0 on creating a Live USB version Kali, I've finally managed to actually boot it up and then use the apt-get update + upgrade + dist-upgrade successfully.

But here comes another problem for me, after I've finished the updates and upgrades I decided to reboot my system. After choosing the Kali with Encrypted Persistence at the Kali Boot Menu the system boots up where it shows lines of information like starting kernel, etc.

But after the last line of command which is Starting Service: GDM3 all that I get was a black screen with a moveable mouse pointer that looked like an eye. It should be showing the kali Dragon background image and loads the desktop but instead... just a black screen, if I run it on AMD64 FailSafe Mode, the desktop screen shows up, normal.

I've tried restarting the GDM3, dkpg-reconfigure GDM3 & Reboot, but all to no avail (Haven't tried reinstalling the GDM3 though as I haven't any internet connection at the moment).

I've looked at the X.0.log located at /var/log... I don't see any errors except for a couple of Warning. Pic provided below. 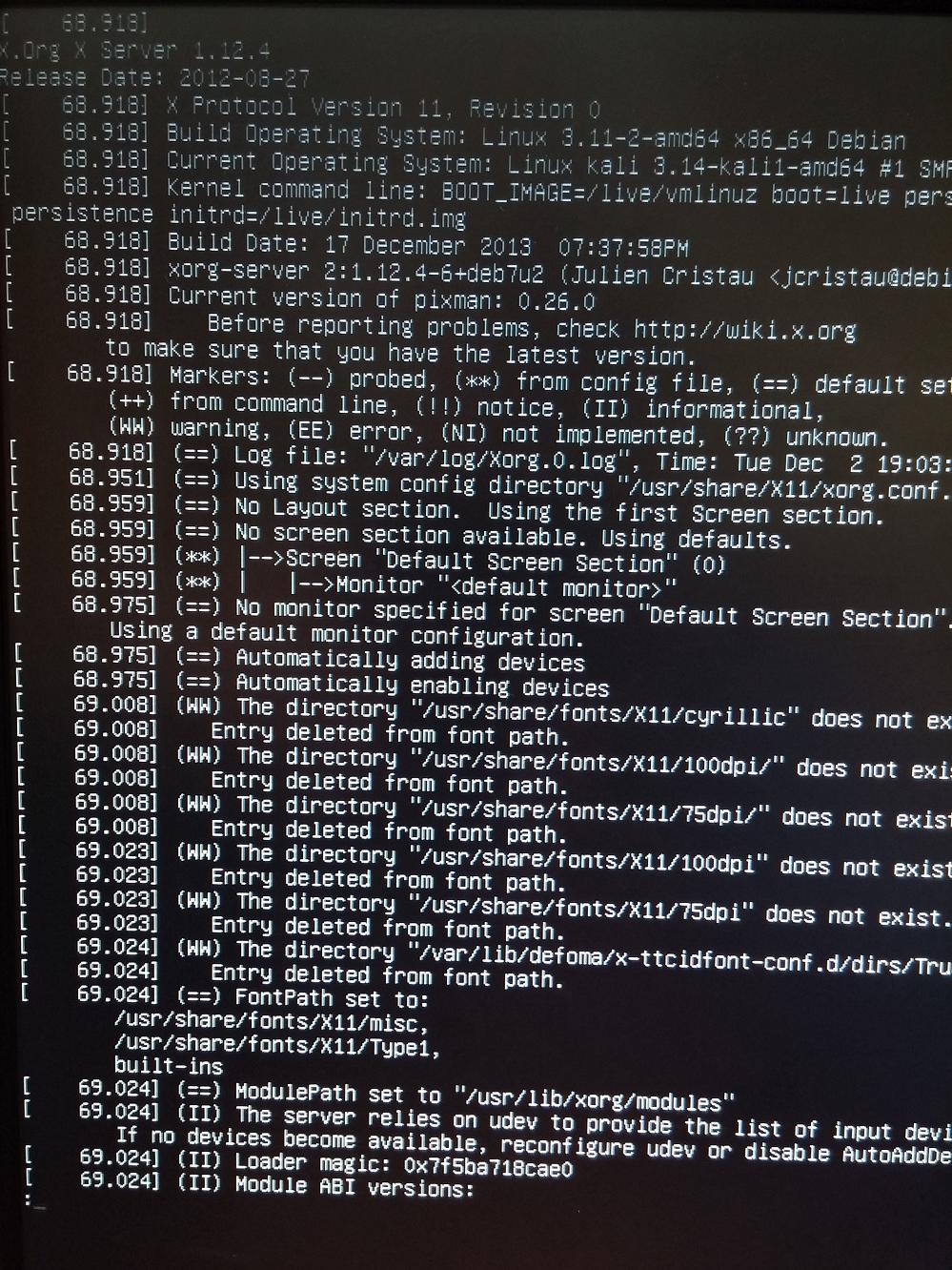 The logs are your friends. Use this key combination when you see the black screen with the cursor:

you should see the prompt, login with root credentials.

Start reading the log to know what's going on with Xorg.

From what i read can be a problem of your ~.xinitrc file, but difficult to be sure without checking the logs.

Type gdm3, then hit the Alt+PrintScreen keys. It will load screen after few minutes.

Not the answer you're looking for? Browse other questions tagged kali-linux live-usb or ask your own question.