Xfce: How to specify row size in Alt+Tab window?

Alt+Tab window shows a list of open applications. Problem is it can put even 24 icons in a single row which makes navigation hard. Is there a setting to specify e.g. 5 icons per row?

The source codes can be viewed at Xfce GitHub organization, as described by this Xfce Docs. There are many repositories related to Xfce being listed on GitHub for public viewing.

Visit the relevant repository: xfwm4. Then, navigate to /src directory and you will find source and header files inside. Most likely, the relevant source file is cycle.c.

While I can't fully comprehend the source codes, I could estimate that xfwm4 dynamically sizes the Alt-Tab popup dialog. There are quite a number of libraries *.h files being included, as well as variable such as ScreenInfo being passed between the functions.

One thing that I noticed, is the number of icons being shown in a single row. The question mentioned "24 icons in a single row". However, my machine had only half of that. Why? Most likely, because my machine has a smaller display size with lower screen resolution.

The screenshot below is showing Alt-Tab popup dialog with 14 opened applications in Xfce. 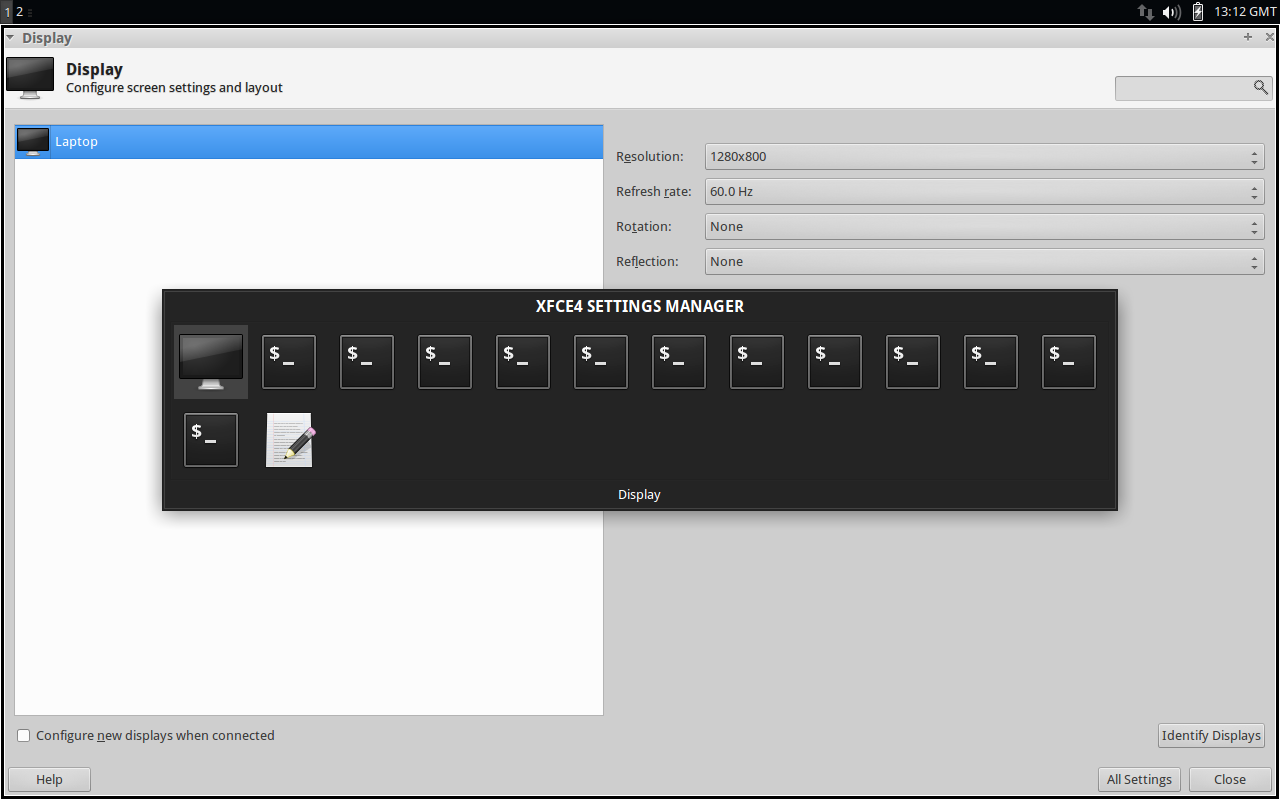 Based on the observation, I am convinced that higher screen resolution will be able to show more number of icons in a single row. Hence, the popup dialog in Xfce is dynamically sized.

Disclaimer: I am neither a developer nor a qualified programmer, therefore I can't point exactly which part of the code one should edit. I am merely suggesting the relevant source code, with respect to the comment left by the asker. The cycle behaviour was explained as part of understanding the question, which may also serve as a useful hint when modifying the source code.

Not the answer you're looking for? Browse other questions tagged debian xfce window-manager desktop-environment or ask your own question.

15
How to get rid of desktop environment and use a window manager only?
2
How to disable Application Menu in XFCE?
2
Showing all open apps in all workspaces on the desktop panel for Linux Mint
22
How to close any window in Awesome WM?
6
Window with activity in GNOME, notifies but doesn't show itself after Alt+Tab?
15
Visual feedback for window focus with Alt-Tab? (Cinnamon)
2
Modify desktop application icon after progam opens e.g. in alt-tab
1
How to resolve framebuffer issues in Debian XFCE, displaying old windows randomly?
0
Why does Hyper+Tab not work? (Tested in Ubuntu gnome and Xfce)
2
Which Window Managers are Shell Scriptable?