Red and blue are switched in xfce

I have a BeagleBone Black, wich is connected to a TV via HDMI. When I boot up the BeagleBone Black using a minimal Ubuntu image, I can see Tux greeting me in all his three-color glory, yellow feet and all, before he is being pushed off the TV-screen by a plethora of bootup messages.

I proceded to install xfce via

I can start xfce with

and see a Dekstop, but unfortunately, the colors are off: The blue background looks yellow or brown. Yellow hues look blue. Green seems to be unaffected. 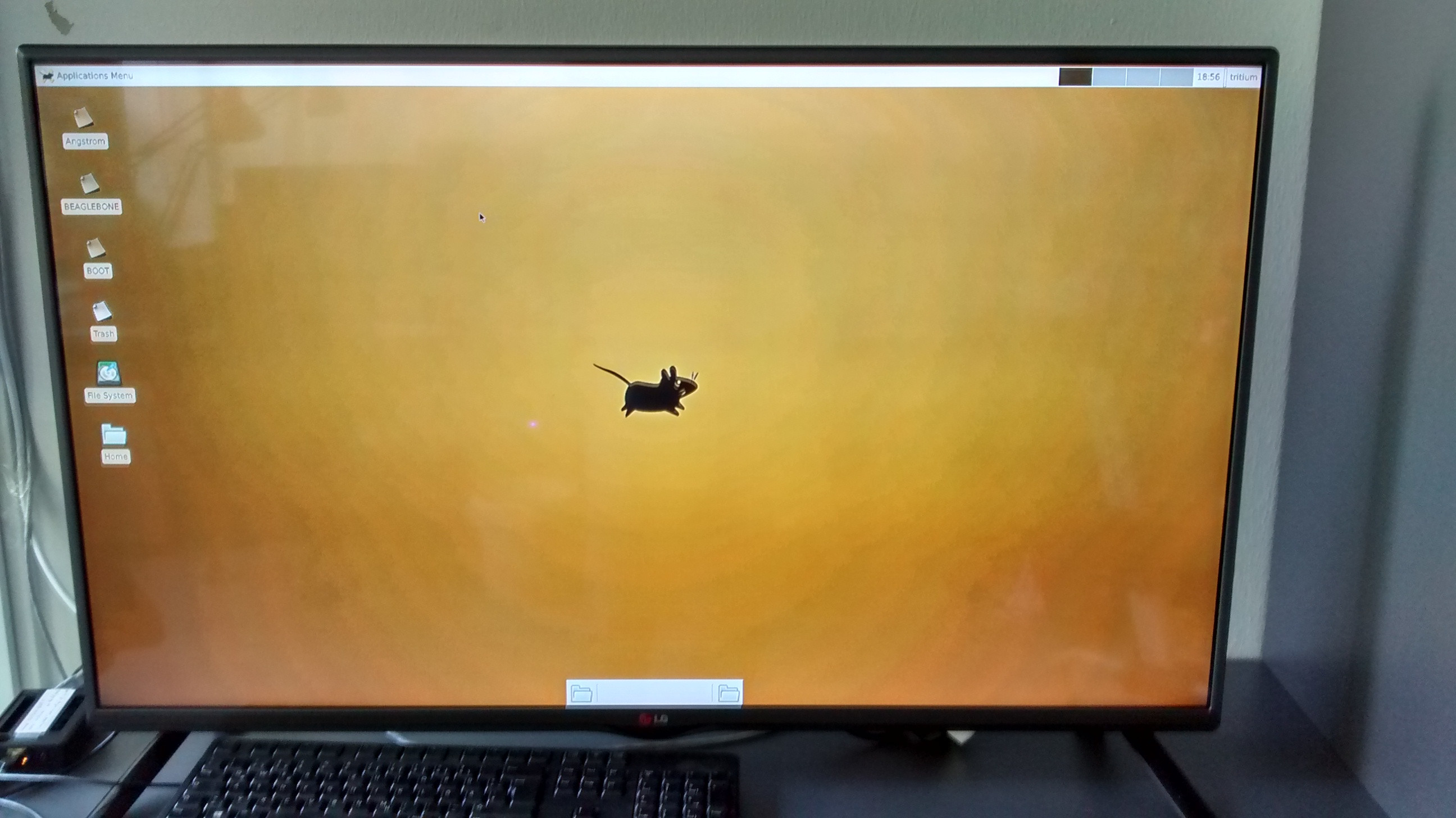 edit: It looks as though the "red" and "blue" channel are switched.

I don't think it is a hardware issue, since the colors are OK during bootup. I found two unresolved reports of this problem.

I am new to xfce and don't know how to troubleshoot this issue. Any ideas?

For what it's worth, I just installed Xfce on an Ubuntu 14.04 system (been meaning to do that - I hate Unity3D Desktop), and it looks just fine. So it appears you have a problem most likely with your hardware, and I recommend you contact the BeagleBone Black support folks.

Not the answer you're looking for? Browse other questions tagged xfce colors or ask your own question.