Why are my virtual consoles completely blank?

When I go from my graphical session to a virtual console by Ctrl + Alt + F i (with i in 1 - 7 and 9-12) I see a completely black screen. Only on F8 I see the GUI. Not even a blinking coursor on the others. When I enter anything, I can't see anything.

What is the problem and how do I fix it?

edit: I tried the first steps suggested on http://forums.linuxmint.com/viewtopic.php?f=42&t=168108 and the problem seems to be the framebuffer.

This has been an issue that has been an annoyance with Nvidia proprietary drivers for two or three years, and has kept me away from Ubuntu-based distros for some time. Finally, on the Nvidia forum, I found the workaround I'd been looking for. The problem arises with Nvidia proprietary drivers (Nouveau doesn't show this behavior): when you push ctrl-alt-F1, you get only a black screen or, at best, a flashing cursor that does nothing. The problem apparently, has to do with the way the framebuffer in implemented and this needs to be disabled. To see if this is the problem, first you need to make a couple of minor modifications to /etc/default/grub - but first, make a backup!

Now edit the file by entering

in the editor, uncomment the lines

by removing the #. Save the file and run undate-grub to implement the changes

Now I have (a low resultion) tty working again :-)

That's because you are using the proprietary NVidia driver.

When I was OpenSUSE with the proprietary driver my consoles also would be black, now that I am using Ubuntu again they get an even "cooler" effect: (Don't worry, the screen is fine!) 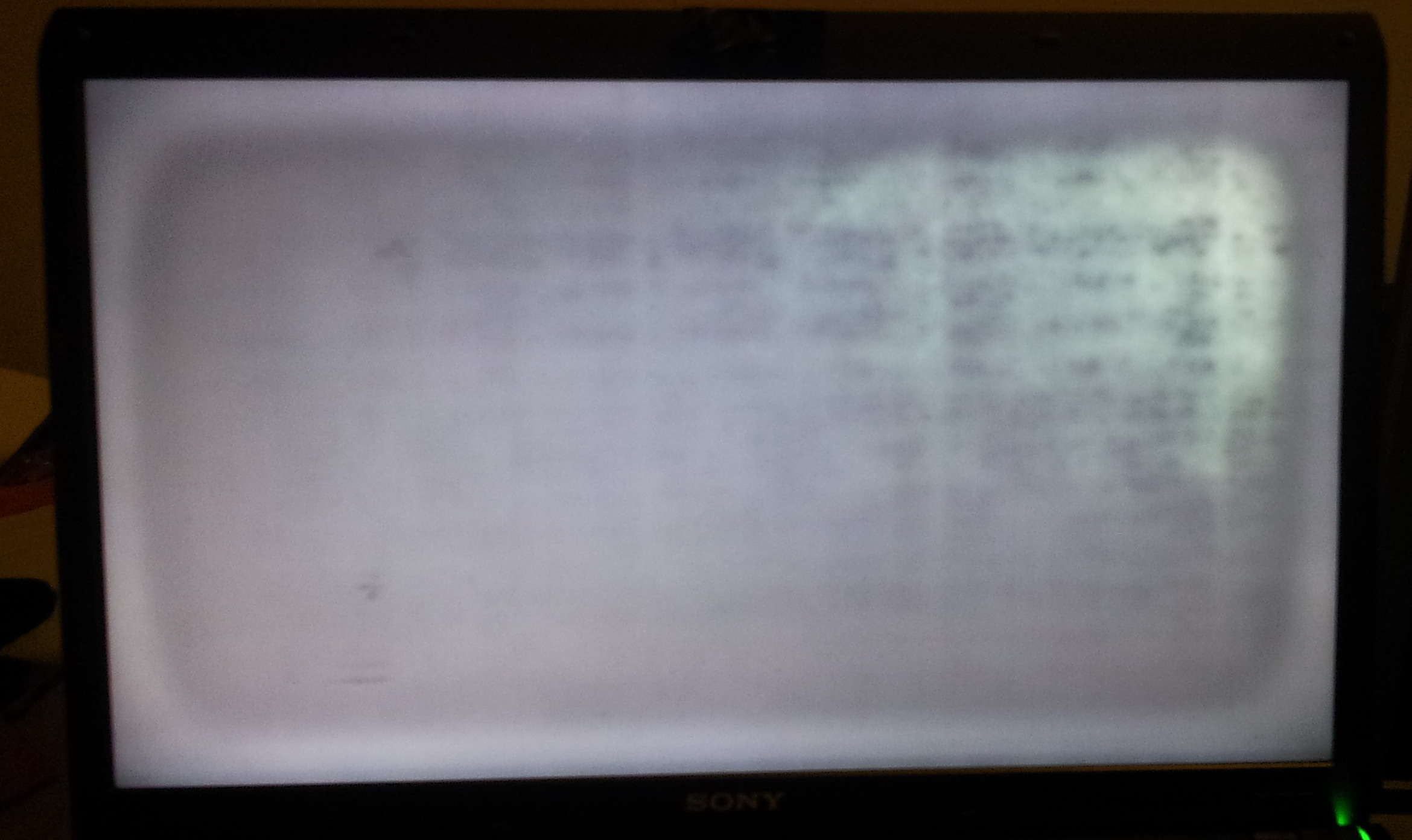 The reason for this seems to be the NVidia kernel driver which, once initialized by the DDX (=device dependant X11) driver, cannot cope with requests from any other video subsystem (such as fbdev, VESA, Linux console, ...).

The console will still be activated when switching to it. To verify this, try logging in blindly into the console and enter something that will be easy to notice, such as wall or reboot:

After returning from the console you should see something like this in any terminal window:

Unfortunately I do not know of any way to fix this except for using the OpenSource driver ("nouveau"). VT switching works fine using that driver, but that driver creates other issues (spontaneous crashes and generally less performance in my case). I'm also neither a kernel developer nor an NVidia developer so I can't do much more than analyzing the symptoms myself.

Don't know ubuntu system too well, but normally ttys are spawned by agetty during boot process. Perhaps ubuntu developers decided not to do so? Anyway you can try as root run /sbin/agetty 38400 tty2 linux and see if something has changed on tty2.

Normally this command is present in some configuration file under /etc folder. For example on my gentoo box in /etc/inittab I have

You can grep getty /etc/* to see if there is a file with similar lines.

I had this problem too and my workaround was to change into recovery mode and there choose the option "Resume". As I saw the login screen and pressed STRG + ALT + F1 I could see the text login and could interact with the system (for me important to install the proprietary NVIDIA drivers, ironic isn't it?). I hope, my workaround works for you too :)

Ugh. So, this problem had been bugging me for probably 18 months. I fixed it today finally.

I had to set up a UEFI boot partition and get the system capable of booting from it. I enabled efifb, simplefb, and the generic fb handler under pci options (many other combinations did not work). I have uefi booting a kernel directly, no intermediary bootloader is being used.

No combination of crap using bios compatible mode (simplefb, uvesafb, vesafb etc.) could get my VTs back once X11 loaded. Now I can switch back and forth happily when I break stuff :)

Well I added 'nomodetest' option in grub given to kernel and in filesystem am using Nvidia proprietary drivers.

Not the answer you're looking for? Browse other questions tagged tty or ask your own question.

12
Why are there so many virtual terminal devices?
0
What are the different virtual TTY numbers used for?
1
How are virtual consoles related to traditional computer terminals?
0
screen compared to opening virtual consoles
5
tty and grub boot unreadable with nvidia K1100M on zbook 15 g2 with intel
2
Why there are two graphical virtual terminals in Fedora 24?
3
The effect of `stty --file=<terminal> <flag>` is only temporary for consoles in bash. Why?