How to merge config files interactively after "yum update"

After system packages are updated with "yum update", config files which could not be overwritten are not replaced, but we can find *.rpmnew files near by. By design system administrator must merge config files.

In Gentoo Linux there is a etc-update tool, which allow to merge config file changes interactively, like that:

I wonder if there is a way to merge configs interactively in RHEL/Fedora/CentOS?

The closest thing I've found to Gentoo's etc-update is rpmconf:

This yum plugin adds the "--merge-conf" command line option. With this option, Yum will ask you what to do with config files which have changed on updating a package.

The only way I found so far is vimdiff: 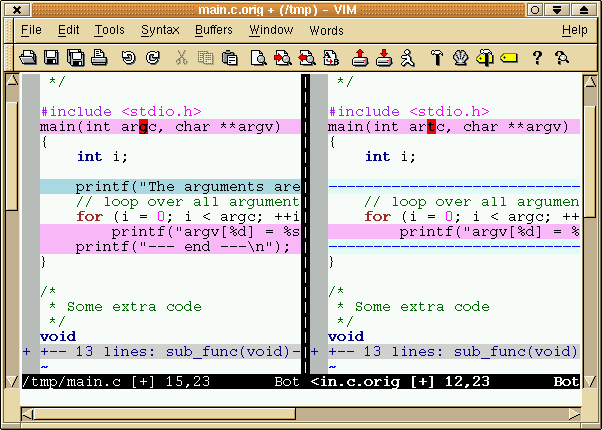 Not the answer you're looking for? Browse other questions tagged fedora rhel yum rpm etc or ask your own question.

1
Shell script to merge properties file (sed/awk/comm/diff) for rpm upgrade
1
RPMDB broke after a yum update in fedora 19?
20
Difference between yum update vs yum install
0
how to update packages to current versions on the RH family of distros?
3
Why does a yum package update replaces my yum-cron config files?
10
Closest thing to Red Hat Enterprise Linux 7?
1
Restore original fail2ban configuration on CentOS 7
1
What's the differences between yum list updates and yum list obsoletes?
0
yum + how to captured all rpm that was installed by yum update