I am having a hard time figuring out how to re-size the window control buttons in cinnamon. Can anyone point me in the right direction of how to change this? Specifically the padding/margin.

See the images blow: The button pannels are far to tall and take up a large amount of unnecessary space. 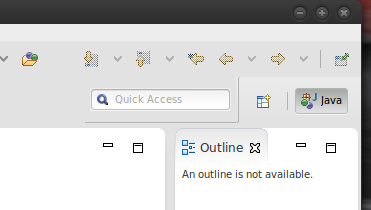 I'm on Cinnamon 2.2.14 (Fedora 20) and the easiest method I've found is to just find a theme with a small panel setup out of the box. I looked for extensions and applets that might allow for me to customize this aspect of the theme but found nothing appropriate. I'm using the Darkshuffle theme which has modest sized toolbars, IMO.

NOTE: I just kept applying themes until I found this one. You can see previews of them as well on the Cinnamon website here: http://cinnamon-spices.linuxmint.com/themes, which was helpful in whittling down the list. 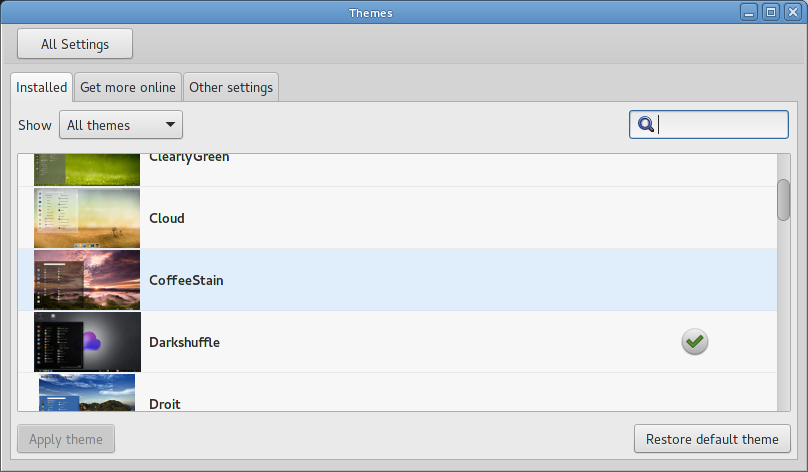 If you truly want to customize this yourself you can start mucking around in the theme's CSS files yourself. Such as this one, for example:

I looked in here, but quickly gave up since it seemed to be a non-trivial task to do this, and I was concerned with wrecking these files if I switched to other themes, or if a update was applied to Cinnamon down the road.

I found this guide which shows how one could make their own Cinnamon theme. I would suspect it wouldn't be too bad to take an existing theme, fork it, and then tweak the things that you don't like about it, making it your own. This would protect your modifications as things get updated within Cinnamon over time.

Not the answer you're looking for? Browse other questions tagged debian cinnamon or ask your own question.