On a KVM machine running Fedora 20 I ran ulimit -s unlimited (this removes limit on stack size) and an experimental torturing testing script. All this script does is just infinite recursion:

What I expected was that CPU usage would go to 100%, and after some resource depletion (which could take long time), the bash would be eventually shot down by kernel.

But what really happened is somewhat strange and I don't have the right knowledge to explain: 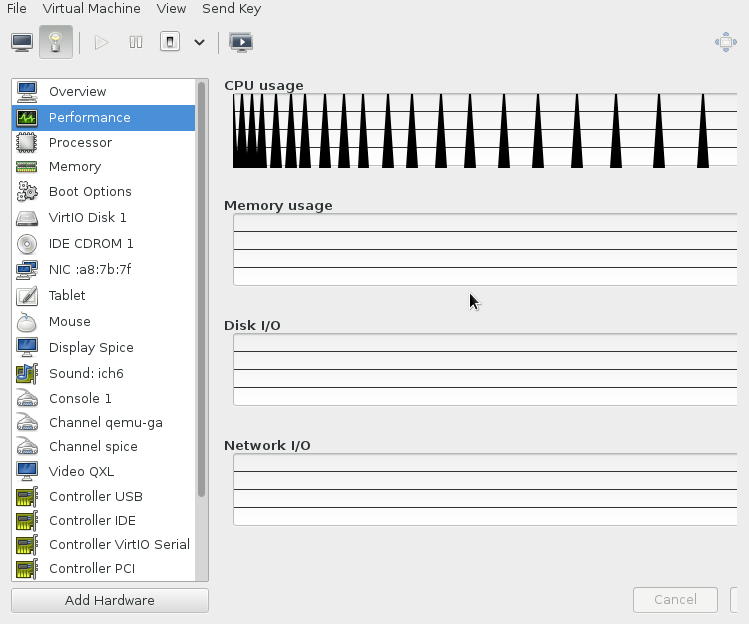 Why is this? What is actually happening inside? Or is the usage reported by virt-manager misleading? Then what creates the pattern seen between the peaks?

If you use top inside the virtual machine you noticed the cpu usage about 100%, but in you physical host the virtual machine can't use the all cpu time, this is because a kvm vm is normal normal process from the kernel point of view, so kernel process scheduler share the cpu with other process

Not the answer you're looking for? Browse other questions tagged bash virtual-machine cpu kvm or ask your own question.