After hearing the news that CentOS 7 had been published, I decided to install it on my computer. I downloaded the ISO image from the CentOS official website (the one named CentOS-7.0-1406-x86_64-DVD.iso) and then burned it onto a USB drive by using a tool named UltraISO.

At first I decided to choose option 1 to let it display all its running messages, so I typed e and here is what I get:

So I removed the quiet param and pressed CTRLx to start, then I got this: 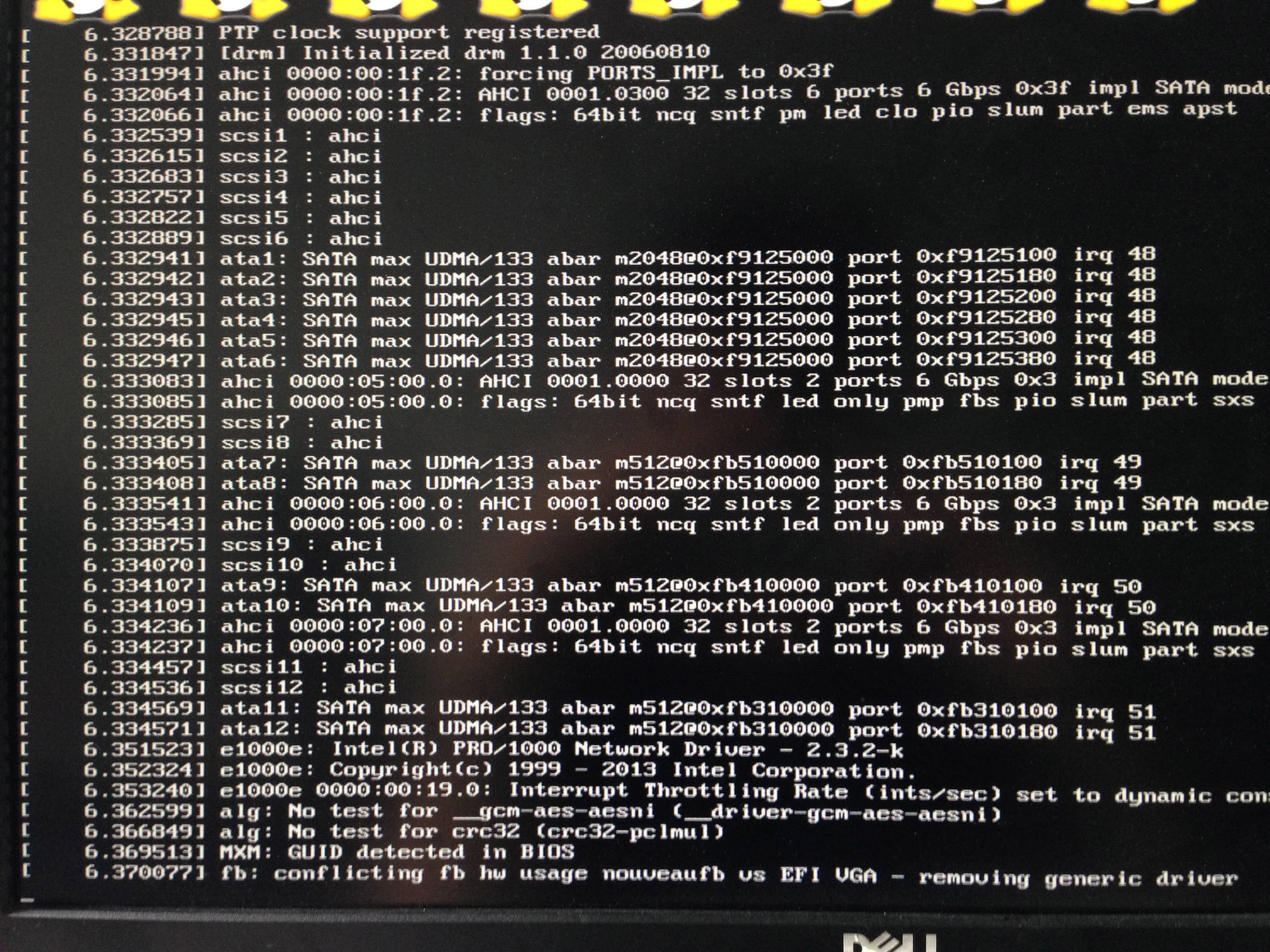 I have no idea what the fb is, and the installation process just stopped there.

So I decided to try the 3rd option (the Troubleshooting --> one) with no luck; I still cannot install this CentOS 7 and I got something like:

How I can solve this problem?

I think you must make bootable usb using dd command (if your iso is in home directory):

Then, write the image to the disk:

Then it will not show /dev/root does not exist.

This can often be caused by a mismatched label or /dev/sdXx root device when booting from USB.

When the dracut shell becomes available, create a directory:

Mount different block devices until you have found the one that contains the USB installer(this typically doesn't happen on true/Virt CDROM mounts).

Once you find the /dev/ for the USB (for instance, if your system reads it as HDD, it might be /dev/sdd1), perform the command blkid on the device:

This should tell you the UUID of the block device, you will want to write this down.

Once written down somewhere you can use it, reboot the system. When the grub installer boot options menu loads, press "e" to edit the grub kernel parameters.

From here, move to the end of the line, remove quiet so you have an idea why the install fails. Then change the part like:

Then press ctrl+x to boot with those parameters, hopefully it should work.

I have not installed CentOS 7 myself yet, but you can try

If that works, I would blacklist Nouveau after install.

Unetbootin has never failed me, you can use it to create a bootable USB drive you can install from.

I had the same issue with a virtual CD. The installer looks up the drive based on the label that contains spaces (\x20). In my case, the installer could not find the virtual CD. I changed the command line (press TAB) to DRIVE=hd:/dev/sr0

I experienced this issue when netbooting the install over PXE. I solved the problem by removing ksdevice=eth0 parameter from kernel command line. This setting worked with RHEL6, but caused newer versions to fail.

I had problems with several USB image writers, but Win32 Disk Imager worked for me.

user86950user86950
11
0
Add a comment  |
Highly active question. Earn 10 reputation (not counting the association bonus) in order to answer this question. The reputation requirement helps protect this question from spam and non-answer activity.

Not the answer you're looking for? Browse other questions tagged centos system-installation or ask your own question.