I'm looking to route a port for VNC back to my house here. I have to jump over a single host to then hop to my actual work machine.

I can do this to SSH into my work machine:

I'd like to use port forwarding to forward remote port 5900 on overthere to local port 5900 on sittinghere. However, I'd prefer to be able to do it without binding to a port openly on hopper as anyone on that machine would be able to attach to my VNC connection.

Is there any way for me to forward that port to my local machine securely with no one being able to get access to it on hopper?

Point your VNC client to localhost:5900 and the traffic will be tunneled to overthere:5900 through the SSH connection established on hopper

I ended up using some SSH ~/.ssh/config hacks to make this happen:

What this does is that when I attempt to connect to ssh overthere from sittinghere, it connects to hopper and then proxies the SSH connection to port 22 on overthere (ie: SSH on overthere).

This has some awesome side-effects:

Everything works awesome and as far as I can tell, 5900 isn't opened on hopper, only forwarded directly from overthere to sittinghere.

Now tell the SSH client how it can reach overthere by adding this config to ~/.ssh/config on sittinghere

Or just a regular interactive SSH session without the VNC port tunnel:

If you don't want to bother adding lines to ~/.ssh/config you can still tell it how to connect to overthere from the command line:

...but without the HostKeyAlias SSH will not verify overthere's key fingerprint correctly.

All command lines are to be run from sittinghere.

Incidentally, I think you probably don't need to be using ssh's -t option.

Now you can connect with vnc. By the way change configuration of vnc to listen localhost

If you're using the VNC client vncviewer from the command line you can use the -via switch to tell it to tunnel through a user@host prior to connecting to some other host's VNC server.

You can also use vinagre to connect via a SSH tunnel like so through the GUI. To do so set your connection up similar to this via the connection dialog in vinagre: 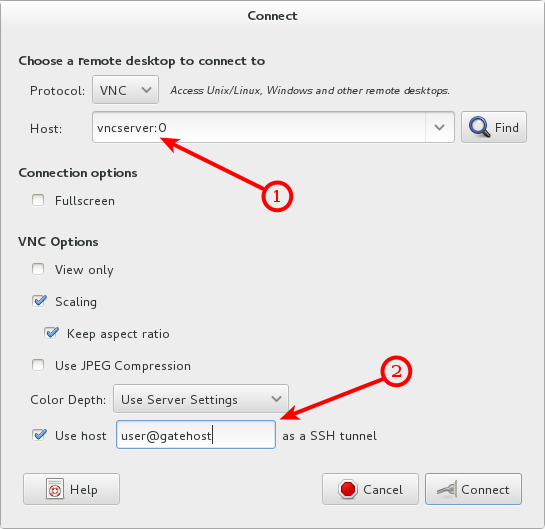 Which will result in your connection coming up, tunneled through the SSH tunnel host. 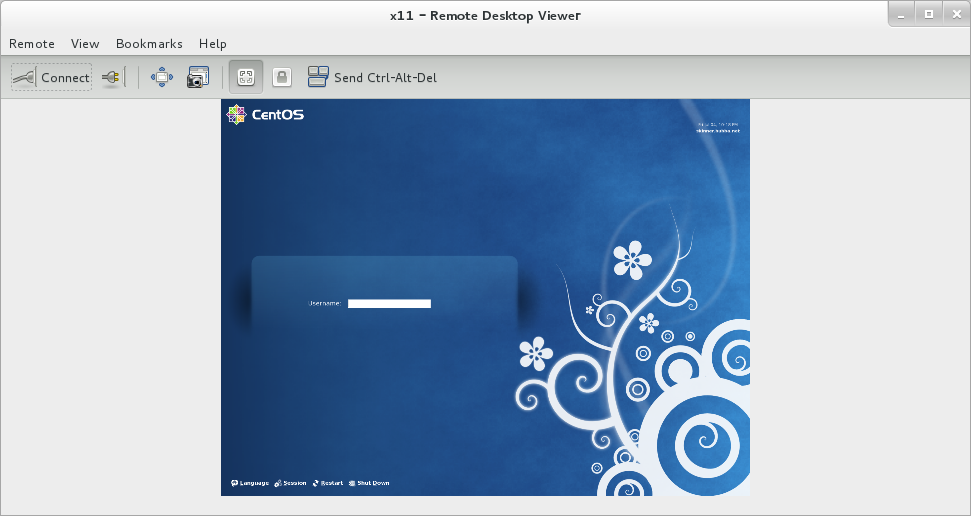 It was tested with additional parameter to connect PostgreSQL server on postgres-server at customised port (-p switch) and also with using customised username.

As you can see that solution is simple and doesn't require any configuration changes of ssh or any intermediate steps.

Not the answer you're looking for? Browse other questions tagged ssh port-forwarding or ask your own question.