I use this tc command to limit upload speed on an interface:

But it results in heavy packet loss. If the data coming via eth0 (WAN) is 7 GB, it will be 6.2 GB on the rate-limited interface eth1. Are there any other rate limiting solutions that cause lesser packet loss?

If I've understood correctly, you're trying to limit your ingress traffic from your ISP by limiting egress traffic on your locally facing interface.

The packet loss you're seeing are probably to be expected, as dropped packets are (one of) TCPs way(s) of detecting congestion, and the way a router can signal congestion. It's also the only reasonable way your router can abide by the limitation you've given it via tc without breaking i.e. TCPs congestion avoidance. (tc does have facilities for using RED, although I don't know enough about this to tell you anything beyond it's existence).

Instead of shaping egress traffic on your inward facing interface, you could check out tc's ingress qdisc, attach it to the interface facing your ISP and a tc filter to police your ingress traffic. Packet loss will still occur, as it's probably the only viable way for your router to signal congestion.

For an example, see the LARTC cookbook entry "The Ultimate Traffic Conditioner", which among other things use tc's ingress qdisc.

It depends on the size of your tx queue, if you're throttling hard then the TC can only drop rather than queue the packets, unfortunately I only know how to do this on cisco ios, not unix tc.

You can increase the size of your queue to fix the problem. (As stated by jdborg) Sorry, my rating isn't high enough to comment directly.

Here is an Example

In Summary: Increasing the queue size as I have shown above will fix the packet loss problem. It is just a matter of how much it will need to be increased.

How I setup the iPerf test

The iPerf test was done where PC#1 was the iPerf server, and PC#2 was the iPerf client. PC#2's outbound connection was throttled via the tc command 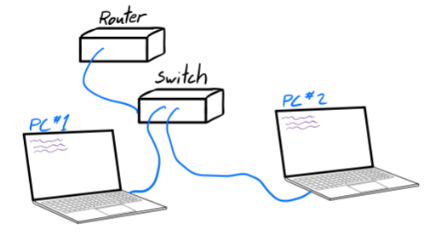 Not the answer you're looking for? Browse other questions tagged networking bandwidth tc or ask your own question.