How can I create a Launcher on my desktop for guests machines inside of KVM on desktop of CentOS 6.5?

You can either use virt-manager which brings up a GUI for launching/interacting with your guest KVM guests or you could create a shell script to do what you want and then setup a shortcut to the script on your desktop. 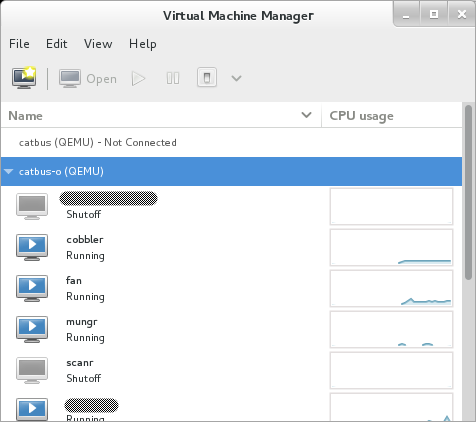 First create a script like so, saving it to perhaps $HOME/bin/kvm_someguest.bash.

Make sure it's executable.

Now make a shortcut on the desktop to it. For this create a .desktop file like so:

Now when you double click it it should run your KVM instance.

1
KVM guest machine graphics problem
0
How to compile kernel for KVM guest (without paravirtualization)?
1
Is it possible to install KVM On A VMWare virtual machine? If so, what are the steps?
1
virt-resize complains: "virt-resize: error: You cannot use --expand when there is no surplus space to expand into."
1
share host folder with Vritual machine guest problem (centos 6.5)
5
Start a kvm virtual machine fullscreen on boot
0
CentOS 7.2 Virtual Machine Manager - VMs on different subnet cannot ping third VM