I have a USB controlled power strip that has a single usb port. 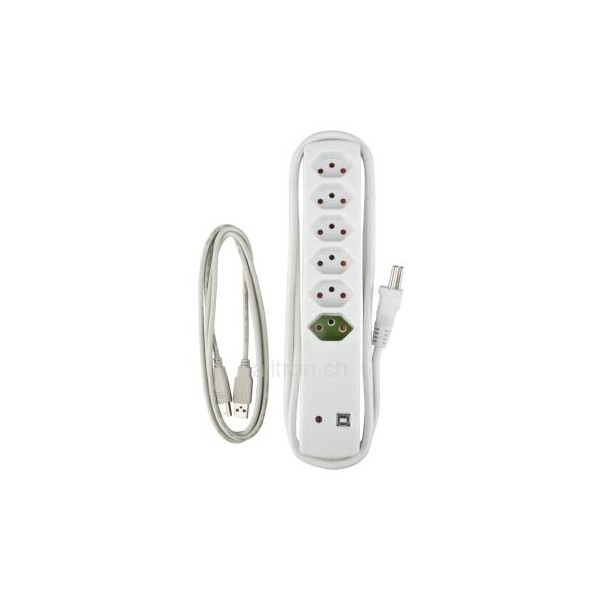 This does not work:

Is there some other way to do this? I would like to be able to connect to my server from somewhere else and turn off power to all the devices connected to the power sockets.

usb power-management
Share
Improve this question
asked May 16 '11 at 18:46

Does the power strip do anything beyond read the +5V a connected USB port provides? (Do you see anything in dmesg when you attach it? Does the output of lsusb change after you plug it in?) If not, the kernel may not even recognize that anything is attached. You can't tell a device to suspend if it never enumerates itself: it would never show up under /sys/bus/usb/devices, and with USB you suspend devices, not ports.

So according to that last little statement, if you have a kernel newer than 2.6.32 it sounds like you cannot force a USB device to suspend anyway.

Sorry that I can't give you the answer you actually wanted, what you were trying to do sounds pretty neat, but I hope it was helpful.

I did have the same issue on my side. a ls -al showed that only root have write access

The only way I found to make it works was to do a chmod on this file then to write into it. Also. On my side control and autosuspend_delay_ms was not sufficient. I had to unbind it to be able to really suspend it.

Thanks Patrice for your solution, that one worked for me. The only problem that I had was that I couldn't figure out how to restart the device! Trying to just reverse the process with

did not work. Finally, the only thing that I was able to get to do it was to reset the entire USB bus using the C code ioctl(fd, USBDEVFS_RESET, 0) and this seems to force it to restart. This is done by compiling the code found here (i.e. with gcc usbreset.c -o usbreset) and running it on bus #2 in this case.

By doing this all of the devices on bus 2 seem to come back with their default properties set.

Why not use a hub and turn of power to that hub, the hub will then not have its own powerbrick connected. As long as it behaves like a device according to one of the posts above it should be possible to turn the hub off.

But I'd be weary to actually (accidentally) have anything USB like on any other port powered by the strip, because they will not get properly unmounted.

Might be useful to have a way to turn off the power to the computer turning off the power strip. But right now I cannot come up with a good scenario.

For debugging purposes, you can add an "echo $i" in there somewhere to let you know which devices are being hit.

Not the answer you're looking for? Browse other questions tagged usb power-management or ask your own question.

48
How to disable USB autosuspend on kernel 3.7.10 or above?
4
lsusb shows USB devices that are not connected
4
USB ports do not wake up from suspend to RAM
6
disable a usb port in linux
1
Can I disable particular usb port or device from loading while booting Linux?
3
Can I relate a USB device from /sys to a particular USB connector from Dmidecode?
0
USB device won't turn off on shutdown or suspend