A neat trick you can do with PulseAudio: redirect the audio output of your computer to the microphone input, so that any application that supports recording from a mic will get your audio output instead. I hope it does the trick. It is primarily utilizing ALSA plugin for Audacity You don't have to play anything if you want but it should create a virtual microphone but i am also adding the playing stuff for others to refer.

I needed to do this because I was testing something at work that involved an Asterisk server calling a softphone running on my Linux box, and it wanted me to record a voice prompt and then hang up. This computer didn't have a microphone installed, so I started looking for a way to fake the mic input and make it record an MP3 or something instead.

Get it here [git clone http://anongit.freedesktop.org/git/pulseaudio/pulseaudio.git]

If your system is using PulseAudio (every recent Fedora and Ubuntu distribution does), the steps to follow are:

This is pavucontrol on the command line, and in Fedora is provided by the package pavucontrol.

Go to the "Input Devices" tab, and select "Show: Monitors" from the bottom of the window. If your computer is currently playing audio, you should see a bar showing the volume of the output: 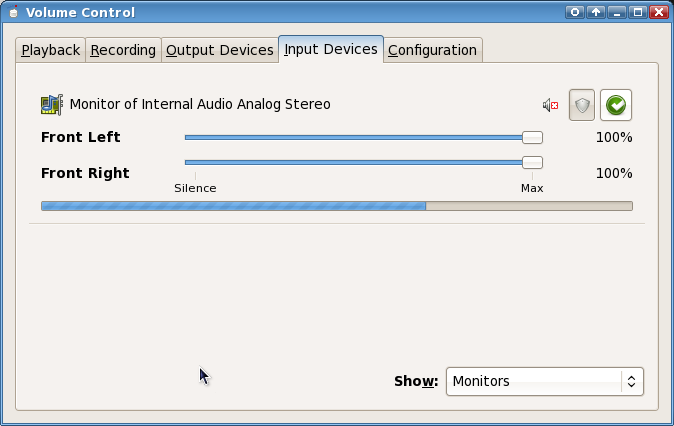 2) Start running an app that is recording audio, and go to the "Recording" tab and see if your app is listed.

In this screenshot I'm running Audacity and recording audio. 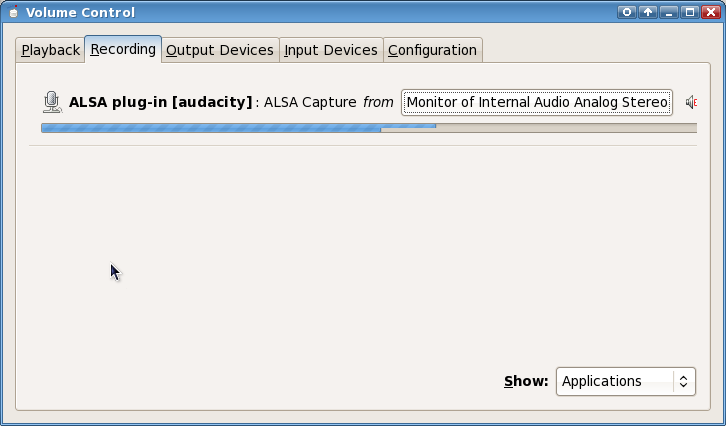 And that's pretty much it. If you see volume bars on the Recording tab now then it's probably working, and the recording app is now recording your audio output.

Here's a full desktop screenshot of me running play audiodump.wav (a WMA-to-WAV conversion of the Windows XP Welcome Music) in a terminal, the PulseAudio Volume Control running, and Audacity recording from the mic.

Audio Out to Mic In 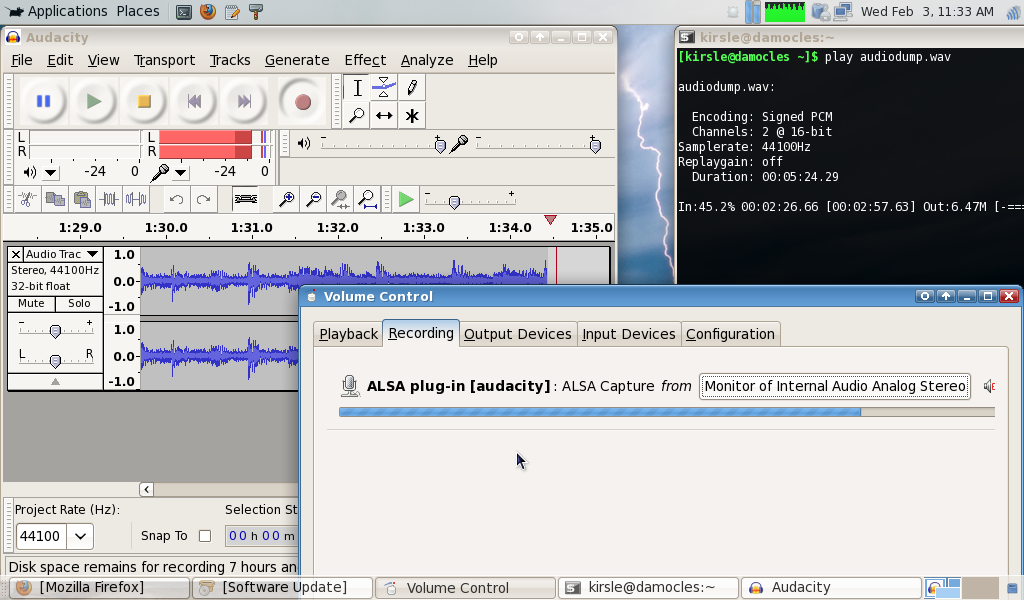 Not the answer you're looking for? Browse other questions tagged linux audio centos recording or ask your own question.

5
What is the modern equivalent of reading `/dev/audio`?
3
Changing input audio source and setting it to mono on Debian Jessie/8 using commands
15
Microphone not working on archlinux
2
I need a virtual audio device which I can loop back to my real audio output on linux
19
Redirecting Pulseaudio sink to a virtual source
0
Why does PulseAudio open all ALSA sound devices when it starts?