Unable to SSH into Google Cloud Server after Reboot

I was learning to configure a Debian server and familiarising myself with the common command lines.

However, after executing the reboot command in SSH, my subsequent SSH connections were refused and I have total no access to the server.

I was able to ping the server. I attempted to reboot through the Google cloud interface too, however I was still unable to connect successfully.

Having this as a cloud server, I do not have any physical access to the server. The solution that I seem to see are to reconfigure the SSH settings which I can't without logging in.

What are the possible alternatives I have now or recreating a new instance is the only solution?

Your best bet is to create the key manually with the gcloud console:

How do I append a SSH key with JSON for Google cloud compute VPS?

I think Google gives a quite a comprehensive list of solutions for troubleshooting SSH errors, please refer here.

IMO, you may have incorrectly set up SSH keys, or there are misconfigured iptables.

Good night, this has just happened cmg tbm, I think you should have already fixed or reconfigured your vps, but for those who face this problem, I was able to connect through port 443, after that, run nano command / etc / ssh / sshd_config and uncomment the line that has #Port 22, only take the # 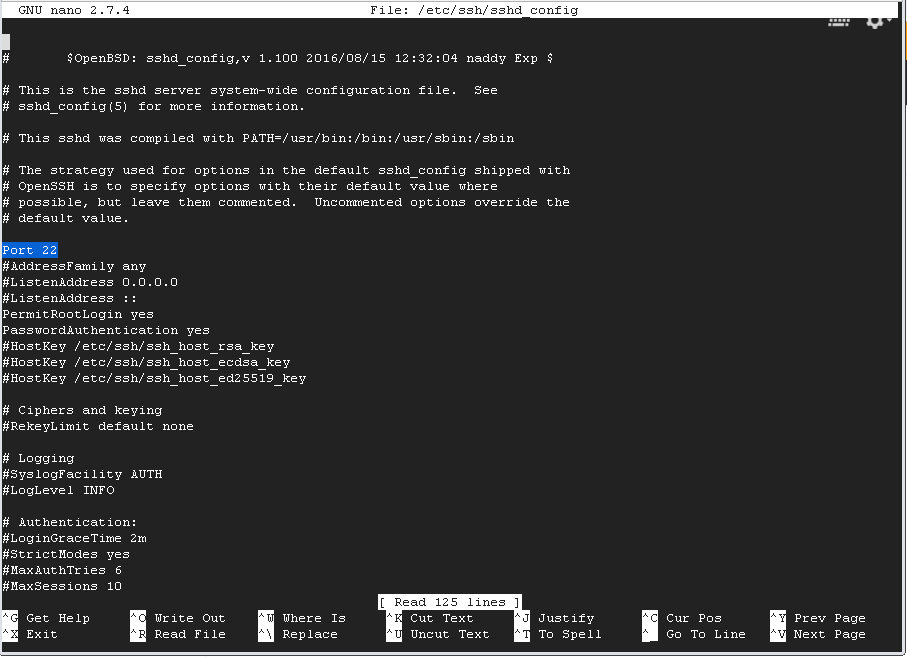 Not the answer you're looking for? Browse other questions tagged debian ssh reboot google-cloud or ask your own question.

0
Changed /etc/ssh/sshd_config. Now can't get to SU. Am I screwed?
2
Locked out of server with SSH - anything I can do?
1
Backup remote management protocol in case of faulty SSH server
2
SSH publickey permission denied (Google Cloud Platform)
1
ssh is unable to connect to server in VPN
2
Unable to start new gnome terminals from shell script when remotely logging in through ssh
1
SSH not working after reboot
0
Suddenly unable to ssh into CentOS 8 server with error "Server refused our key"