I am trying to save voicemail messages from Verizon Fios phone in best quality possible. The voicemail messages are available online, but for playing only (Java based player), no saving. Officially, there is no supported way how to save original digital voice messages as files from Fios Digital Voice service (no paid service, no anything, no reason why).

My only idea was to record digital data from the player while on the way to the soundcard. I tried Linux ALSA configuration with loop device.

This seems to be working and records audio, for example when playing something on Youtube the audio output goes to the loop device (default audio output) and I can capture it (not sure how it exactly works, I tested both 44.1kHz and 48 Khz)

But when I tried to capture Verizon Java audio player output, it is garbled and the length does not seem to match. I suspect it might be mono at 8 kHz and I tried different things, changing the frequency and formats, but nothing helped.

Do you have any idea what is wrong here and how to record the messages? Is the problem in ALSA configuration? Or possibly kernel issue? (I am using 3.4.88). Any ideas would be very welcome.

I used your configuration file and had exactly same problem as you described. (I removed OSS compatibility drivers from ALSA to be sure, tested different kernels - did not seem to matter, and used Debian Wheezy)

the above commands all play OK to speakers

now recording from loop and playing to front

all sending audio to loop and playing to speakers OK

After trying various changes I tested this modification of asound.conf

It solved the problem! When the default device is loopout it works. Trying arecord -f cd -D loopin | aplay -f cd -D front did not have any effect. Not sure how the loop works but this was able to capture the audio. Or a bug in ALSA? Are you using Debian? Does it work for you?

Notes to other suggestions to solve the problem:

To dump the network stream: I assume if the application does not want you to save data, the transfer would be encrypted (https ???). In case the player does not check the server certificate how do you capture the data? What is your favorite quick & easy method how to become man in the middle and capture the stream?

Pulseaudio: How do I get it running on Debian Wheezy? The Wiki says it just works. It did not.

How do I troubleshoot what is going on? (Tools, diag?)

Jack: I did not find any simple instructions how to install Jack. It seems quite complex. Does it assume Pulseaudio running? The documentation is confusing. Do you have a link for a nice quickstart (how to install and test to make sure it is working?)

Do you assume that most audio applications (like Fios Voicemail Java player) will be able to play to Pulseaudio or Jack and not send audio to ALSA?

Did you remember to "modprobe snd-aloop"? I've tried it and it works for me with your asound.conf on youtube, pandora, tunein, vonage, and this java player. Could be something specific to Fios, but I don't have Fios to test with. Can you find another publicly available site that also causes the problem?

Also, try recording to a file, then play it back:

Firstly, reading your question I wouldn't do it like this. I would be snooping the network and trying to capture the stream. It's probably in a pretty predictable place that can be scripted out with a simple call to tshark. That's another question though.

While your method is a valid approach, I wouldn't use ALSA. ALSA is a hardware abstraction layer. I'd be using the sound daemon which is almost everywhere PulseAudio. That makes more sense. Create a null-sink.

That command will return your module id. That's of no use to us.

Or, start a program with PULSE_SINK=MySink and that null sink will capture the stream.

Whenever you want to stream it to a file, simply run:

After spending more than one hour trying to vainly setup the ALSA loopback device on Debian, the most effective and least time-consuming solution was to solder an actual device in 5 minutes.

Seriously, I recompiled the kernel to enable the ALSA loopback, I tweaked the /etc/asound.conf and ~/.asound.rc without results. 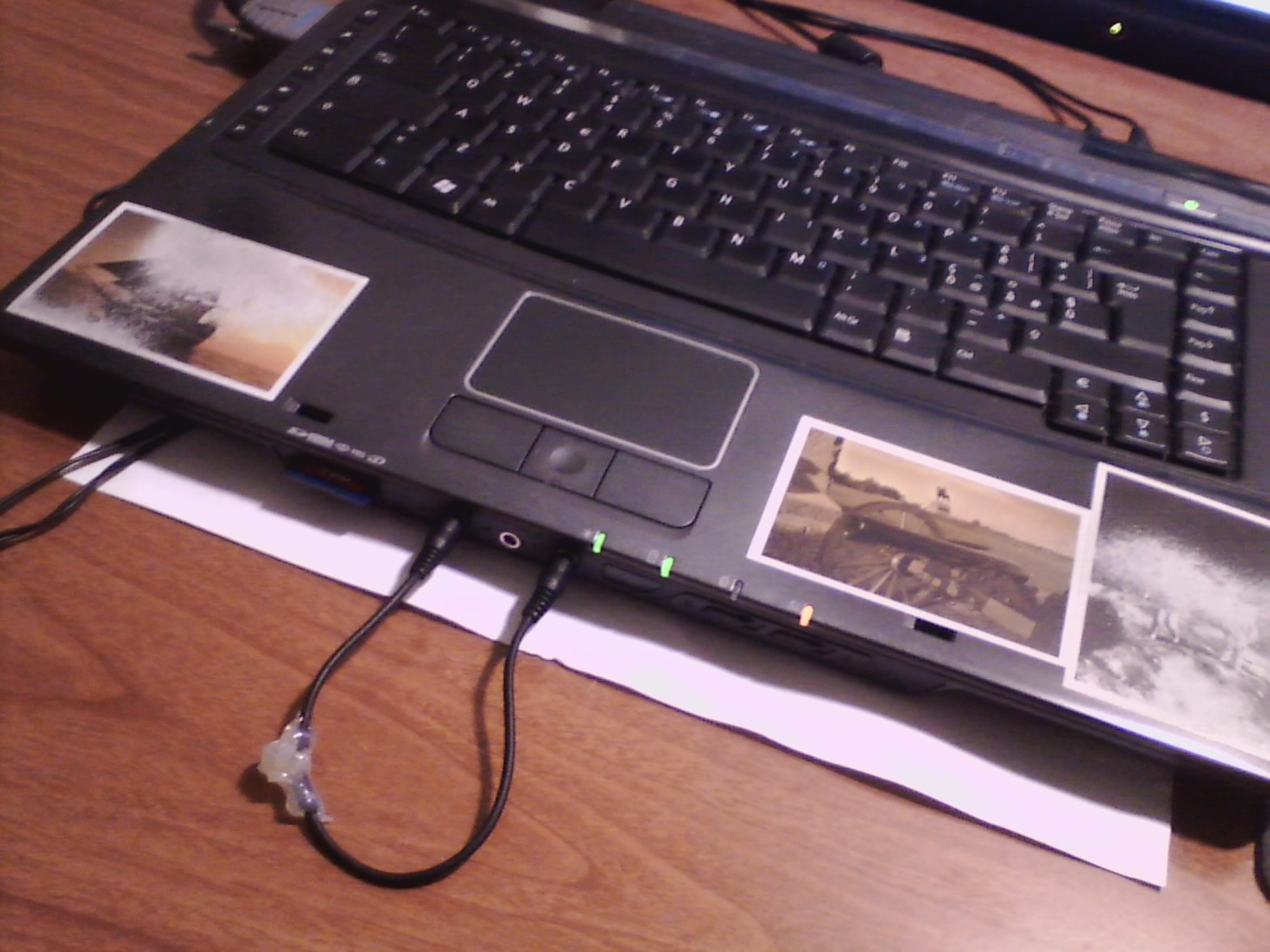 I highly recommend using JACK. That is a recursive acronym for JACK Audio Connection Kit. It is tailored for exactly what you are doing, routing audio from one piece of software, in your case the Java playback tool, to another, a recording software. It is very good for low latency recording, which I think may help you get the quality you are looking for.

With it you can easily route audio from any source on your computer to many different recording tools. In fact, there is a very nice GUI for it called QjackCtl.

This page covers how to route audio from the browser (Flash and possibly your Java tool) to Jack. How this is done depends on your system.

Modify your ~/.asoundrc or ~/asound.conf:

Then you should be able to use

Not the answer you're looking for? Browse other questions tagged audio alsa recording or ask your own question.

3
Is there a linux distro that uses Jack audio server all the time?
1
ALSA Loopback not recording system audio on Xubuntu 18.04 in ffmpeg command

7
Command line audio - piping for simultaneous playback and recording
6
Trying to hear audio coming from LINE IN using ALSA on Debian
3
ALSA - Traktor Audio 2 - How to split front and rear stereo channels / How to debug dmix
3
Audio stereo jack plugin not detected
1
How to combine multiple raw pcm data streams in kernel and route it to a TDM frame to be sent out via SAI interface in iMX 8M Mini
1
ALSA Loopback not recording system audio on Xubuntu 18.04 in ffmpeg command
0
alsa 16 channel audio playback using dshare plugin is getting stuck at poll function on /dev/snd/timer
0
alsaloop and bluez-alsa unstable
1
How can I determine what configuration is required to make a Rodecaster Pro work? Could be some ALSA resampling issue
1
What is the ideal way to play-through or monitor audio input using arecord, parec or jackd?