is there any way to see the disk I/O per pid/process ? Monitorix shows me the following and correct me if I´m wrong, but it looks like that the harddrive is slowing down the whole system:

Atop seems to give a great overview above everything. 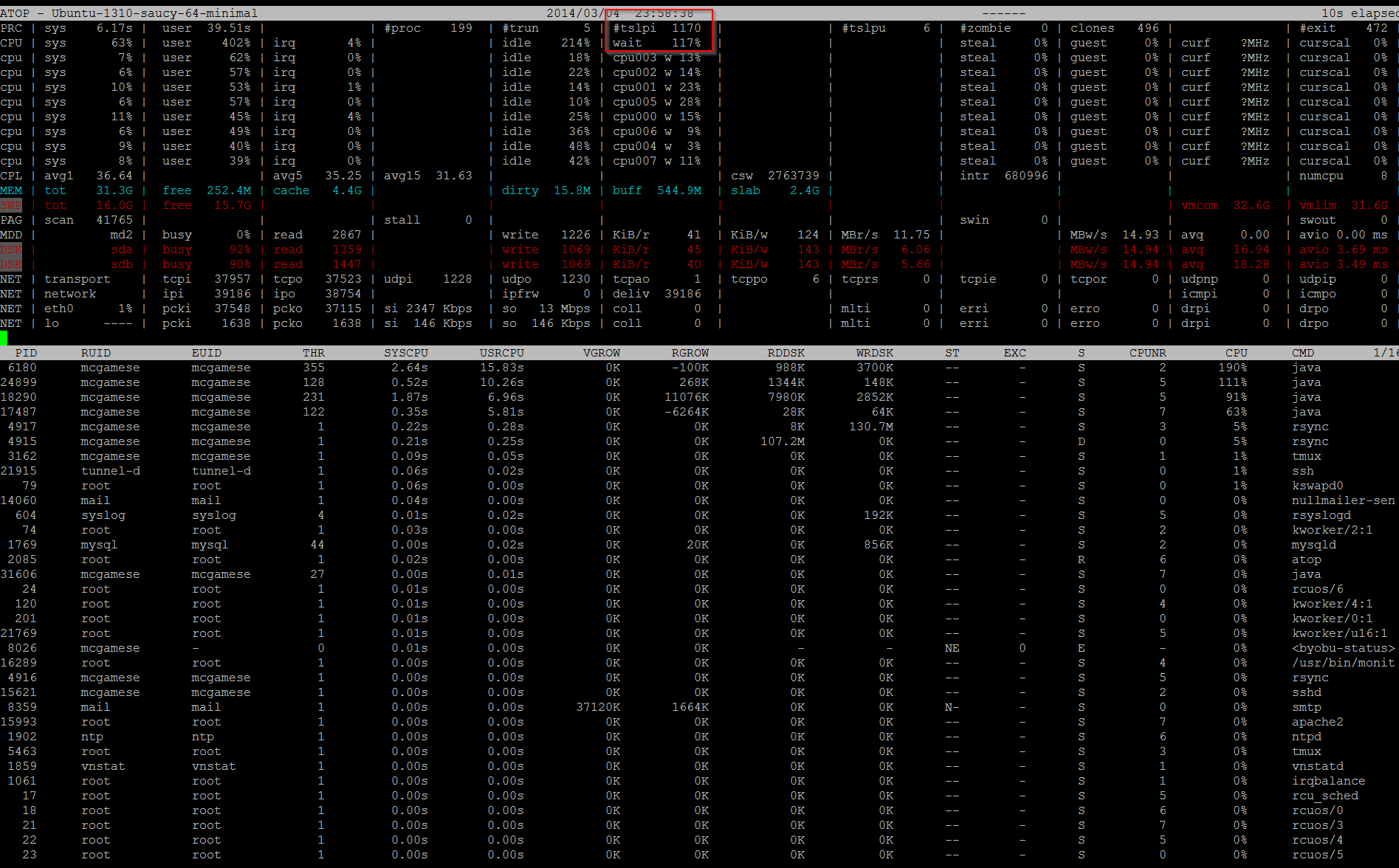 I believe there are a lot tools. One of them is pidstat:

Shows I/O of processes every 5 seconds.

From the point where you see the Ctrl+C (aka. ^C) is the totals for the duration of the run above.

It's difficult for me to look well at this pictures, but:

Take a look at man atop:

I wonder if you finally are asking for another thing, in the CPU section you have:

Anyway you may read the disk-specific statistics:

As well as these options.

Take a look at this U&L Q&A titled: Amazon EC2 micro instance large number of IO requests, where I provide details around a tool called fatrace. I also cover it in this Q&A titled: Determining Specific File Responsible for High I/O.

This is a new addition to the Linux Kernel and a welcomed one, so it's only in newer distros such as Ubuntu 12.10. My Fedora 14 system was lacking it 8-).

It provides the same access that you can get through inotify without having to target a particular directory and/or files.

The above shows you the process ID that's doing the file accessing and which file it's accessing, but it doesn't give you any overall bandwidth usage, so each access is indistinguishable to any other access.

NOTE: fatrace can take a -p PID argument so you can direct it to watch a single PID if you want instead.

Not the answer you're looking for? Browse other questions tagged ubuntu process hard-disk disk-usage io or ask your own question.

9
Is the sum of all PIDs "utime" the total system utime?
4
manufacturer's tool found bad blocks, but smartctl doesn't show any
1
Disk problems prevent me from booting, or set the disk to read-only. How do I fix the disk?
2
How to get more information about Java processes from atop?
5
åäö filenames not working after moving website to new host
5
Disk I/O per Process
4
Bash: when is a PID exactly freed up?
4
File Corruption between 2 HDD