I have been using systemd for about a month without any problems on my Debian Jessie. I installed it according to the Debian wiki. But all of a sudden today I got this error: 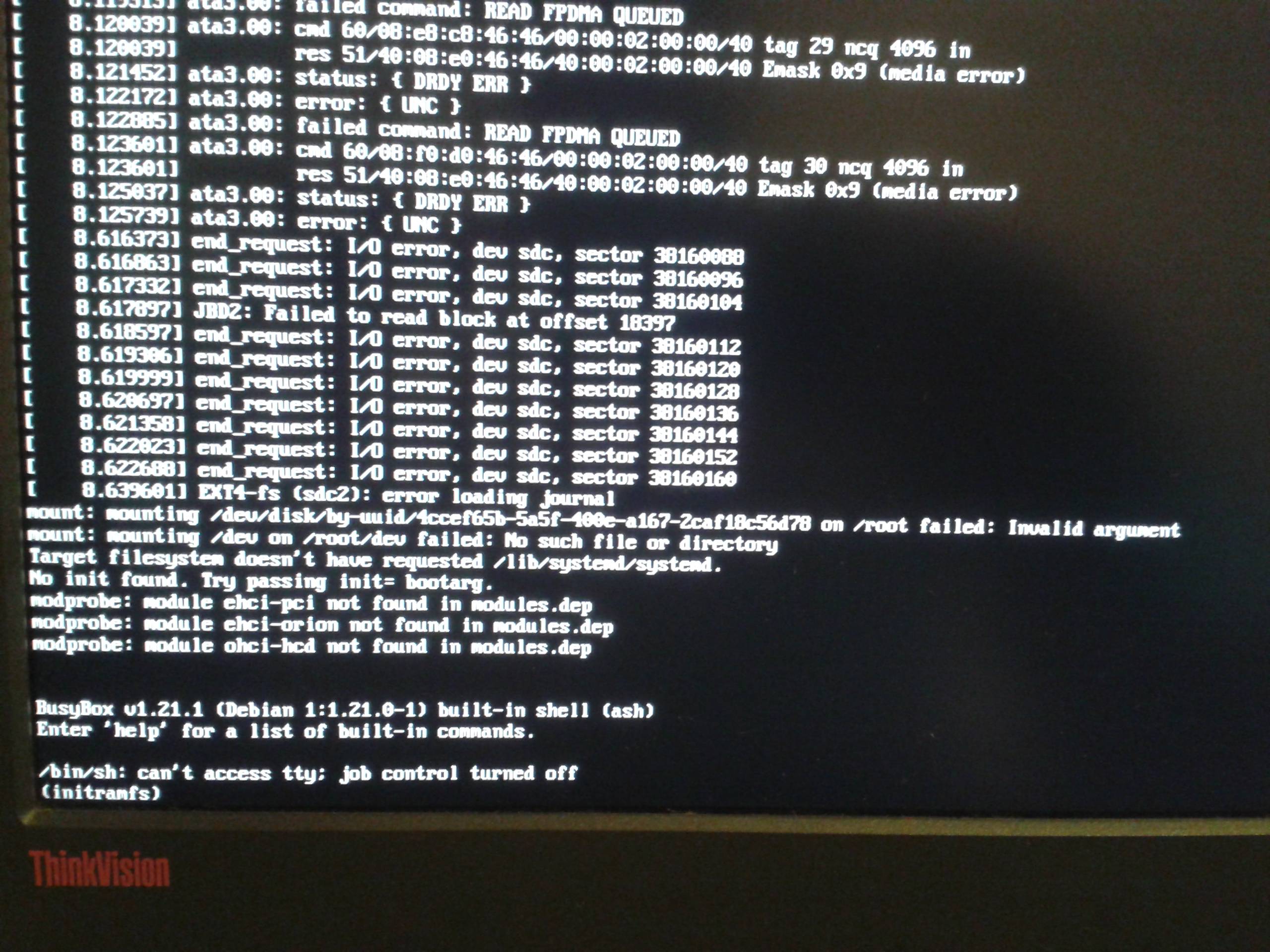 How can I fix this?

The lack of systemd is the point where the system gave up because there was no more way to recover. When you see a series of errors, you need to go backward until you hit the root cause.

The lack of systemd was due to an inability to mount the root filesystem.

This inability to mount was due to the block device containing the root filesystem (which here is identified by a UUID) not being available.

It is highly likely that the block device in question is a partition on the disk concerned by the error messages immediately above. A series of messages like

is a bad sign about the disk that is identified as /dev/sdc. The CPU detects that a disk drive is present isn't able to read data from the drive. The cable or the drive is failing (or, a lot less likely because you'd have noticed before, the driver is buggy).

Not the answer you're looking for? Browse other questions tagged debian boot hard-disk systemd or ask your own question.

5
libssl1.0.0 won't let me install anything
8
cannot reconfigure virtualbox-dkms
2
Stable server distribution without systemd (for OpenVZ)?
1
Missing libraries error when starting Steam
7
How to execute scripts in /usr/lib/systemd/system-shutdown/ at reboot or shutdown?
4
Why are there no device unit files in Debian?