According the gnome-terminal usage:

In this document shows: Control + Shift + Up / Down can scroll up or scroll down the gnome-terminal one line. And, yes, they can!

Here some signal must be triggered after press Ctrl + Alt + Up | Down.

The question is, what signal is triggered?

Here are some questions:

I've download the source code of Gnome-Terminal, and tried to find the answer. But my C is terrible...

I'm a vimer too and I feel uncomfortable with the default Ctrl position so I remapped the Window's Meta to be an additional Ctrl key. NOTE: you'll need xmodmap.

To remap Ctrl + J and Ctrl + K in Konsole follow these steps: 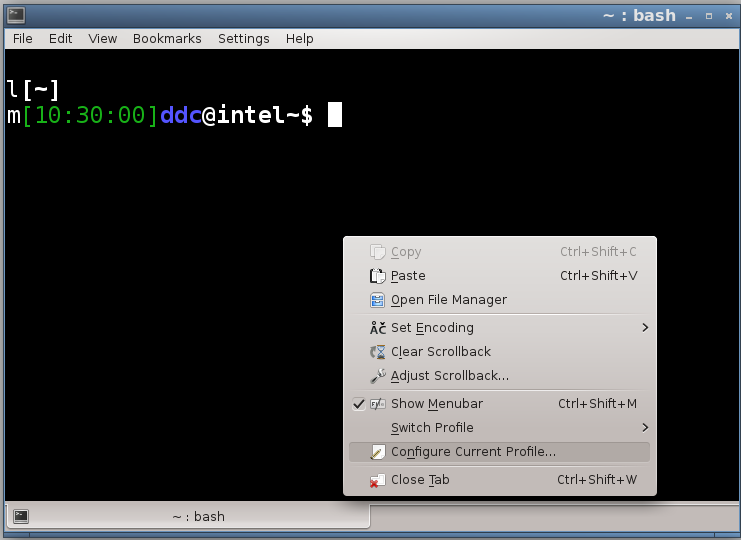 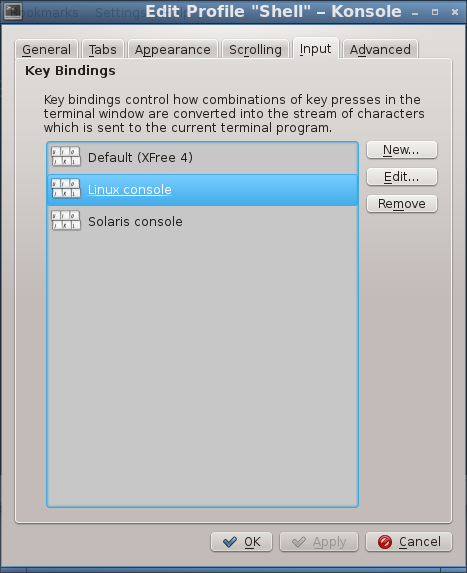 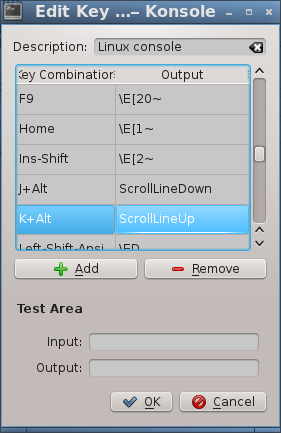 NOTE: Now you'll be able to scroll up and scroll down a line at a time using the configured shortcuts.

Alt does work!! Just change Ctrl with Alt in the bindings.

I think the answer you're looking for is here, titled: Keyboard shortcuts. Specifically these: 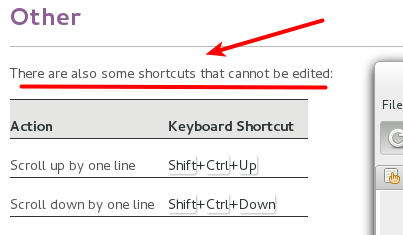 NOTE: You can't override this keyboard shortcut through gnome-terminal! If you could it would show up in this menu:

To change a keyboard shortcut:

NOTE: To disable a shortcut, edit it and press the Backspace instead of the new shortcut.

Some shortcuts cannot be overridden!

If you notice in the screenshot above (a bit hard to see) it states that:

There are also some shortcuts that cannot be edited

These would include the scrolling up/down, so it would seem there isn't a way to do this directly through gnome-terminal.

You can use autokey to change shortcuts for certain windows. Autokey allows you to filter window titles via regular expression.

2) Paste the following code into the script window and change it according to your needs.:

2) Then tell autokey to assign the script to a "Hotkey" of your choice.

4) Do the same for scrolling down.

Not the answer you're looking for? Browse other questions tagged keyboard-shortcuts gnome-terminal or ask your own question.

3
How can KDE Konsole be prevented from trapping the Ctrl/Alt/Shift + Cursor keys?