I have an LDAP user who accesses a server based on having the appropriate LDAP host attribute via sssd. This user does not show up in /etc/passwd because he is not local. How do I modify his home dir location if he has already logged in and it was created in the default location? RHEL 6 Is it just usermod -d /new/location -m?

This is actually shockingly easy. If your nsswitch is files ldap; just add an entry for them in /etc/passwd and modify whatever parameter you want. If they don't already exist in /etc/passwd, you could do getent passwd <username> | sed 's|/home/<username>|/home/remoteusers/<username>|g' >> /etc/passwd for instance to change their home directory from the root of /home to a subfolder of home called remoteusers. The caveat is that you cannot use useradd or usermod, you must edit the file with an editor.

I achieved this on Ubuntu 18.04 using OpenLDAP and SSSD by doing the following:

I don't believe that RHEL's usermod (or any stock NSS tools) supports changing the contents of NSS. You will probably need to actually modify the contents of LDAP, then move his home directory. Possible tools for you: diradm (look at the v2 fork in Gentoo esp.), ldapvi, cpu, ldapscripts (might be debian-only) 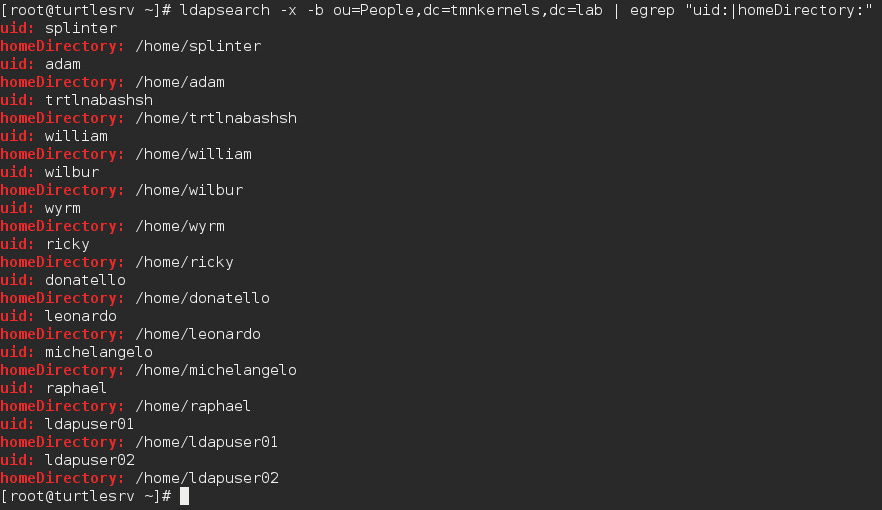 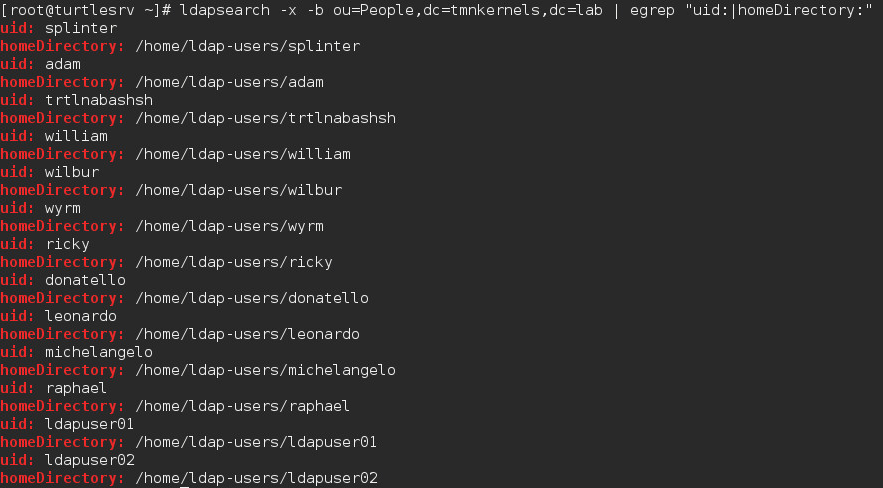 Not the answer you're looking for? Browse other questions tagged linux ldap passwd sssd or ask your own question.

6
Restrict ssh login from LDAP to users who have a /home directory
5
Samba - use LDAP for authentication only?
0
How to specify a different home directory for an LDAP user on a local host
0
PAM Module mkhomedir with an already existing home
1
Allow AD group to access samba share
4
How can I list all currently logged-in users?