How to lock my session in Xfce?

I am looking a simple way to lock my session in Xfce (Debian Unstable). I don't want to have to write my password at every wake-up but I want to be able to press to a shortcut (which launches a commandline) which asks for identification.

The usage is to lock my laptop when I leave office for lunch. I want to press this shortcut before closing the screen (and so putting the laptop to suspend). If someone tries to wake it up, he will have to enter the password.

I found these methods on Ubuntu Forums in a thread titled: Thread: How do I lock the screen in XFCE?.

excerpted from 2 of the answers in that thread

Open the settings manager > keyboard > shortcuts and you can see that the default shortcut to lock the screen is ctrl-alt-del. If you want to change it, click add on the left, type in a name for your list of shortcuts, (widen the window so you can see the whole thing) select xflock4 shortcut on the right and enter the new key combo.

Most of the time I use xscreenlock on a multitude of Linux distros. It's fairly ubiquitous.

XScreenSaver is the standard screen saver collection shipped on most Linux and Unix systems running the X11 Window System. I released the first version in 1992. I ported it to MacOS X in 2006, and to iOS in 2012.

On X11 systems, XScreenSaver is two things: it is both a large collection of screen savers; and it is also the framework for blanking and locking the screen.

On MacOS systems, these screen savers work with the usual MacOS screen saving framework (X11 is not required).

On iOS devices, it is an application that lets you run each of the demo modes manually. 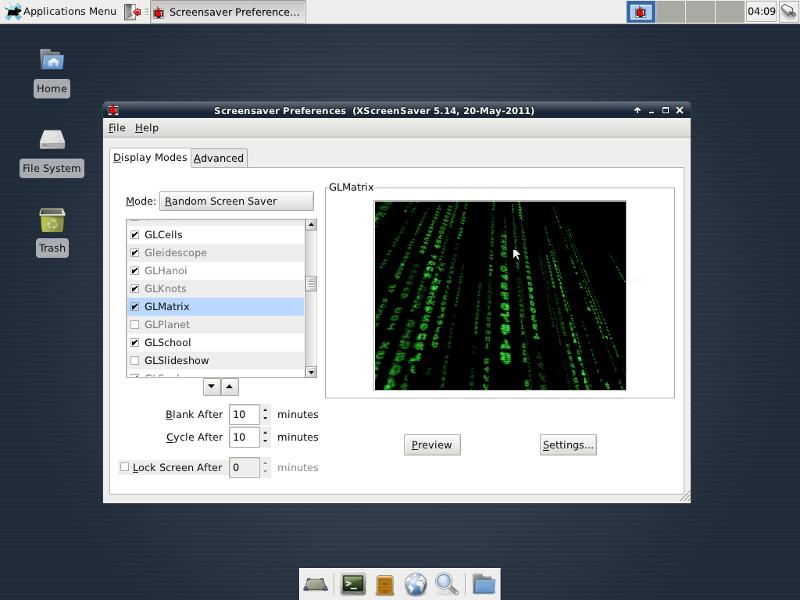 . There is a ton of screenshots of the various screensavers and Xscreensaver also provides screen locking as well.

I use xscreensaver for this. Locking with:

Not the answer you're looking for? Browse other questions tagged xfce suspend lock or ask your own question.

13
How to suspend with a keyboard shortcut?
1
XUbuntu 14.04 - Why does my XFCE panel (xfce4-panel) become corrupted after sleep/suspend is resumed?
3
How to configure XFCE (or X itself or whatever) to run a custom command when the user has been idle for some time?
3
Keyboard doesn't work in X11 after resuming from sleep/suspend
3
How to disable logging out after the screen going blank?
2
lock screen session suspension in debian jessie
1
XFCE - Run a shortcut as root, without password
1
Difference between suspend by echo "mem" > /sys/power/state and by suspend in XFCE?
1
void linux and locking screen on suspend
1
Cinnamon - Screen stays unlocked 1 second after opening lid / suspend resume