How do I navigate to a CD drive?

Update: I did what @ivica recommended, and here's what I'm getting: 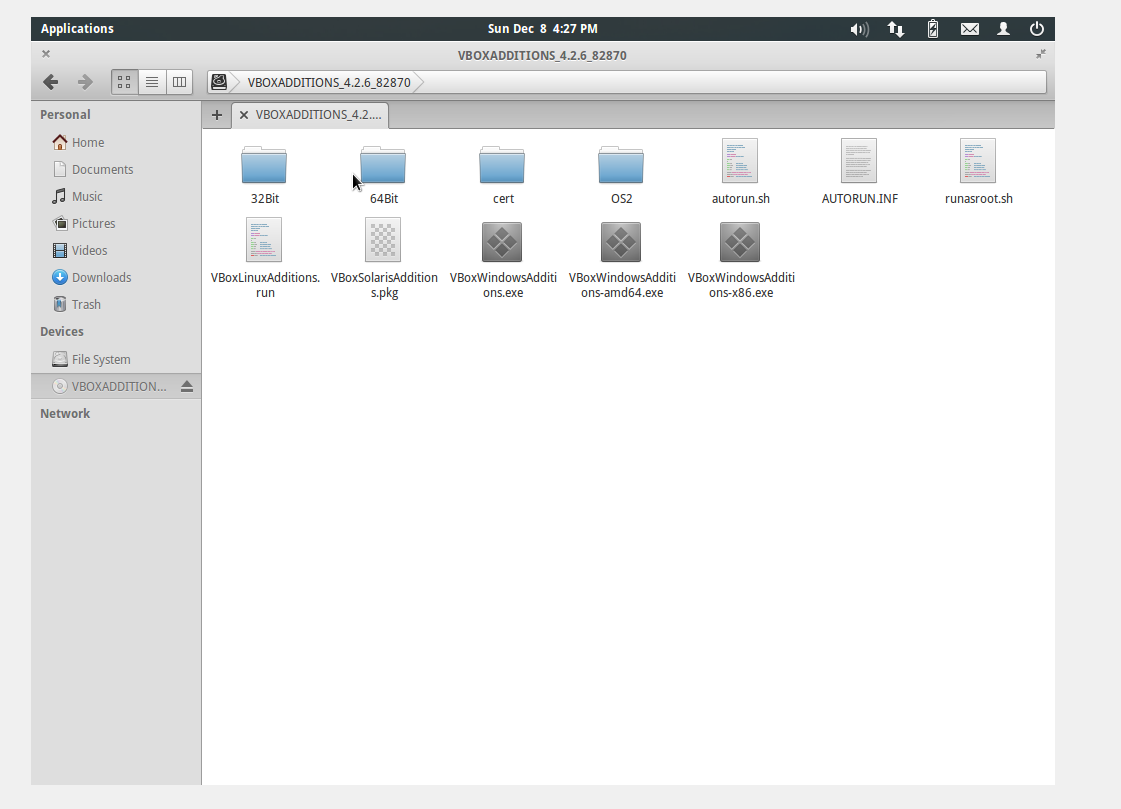 What is your host OS? When you run ElementaryOS guest, click Device menu, then Install guest additions, which should download the ISO (maybe it already did). Either way, that ISO gets mounted to /media or /mnt.

Since from the screenshot it would appear that you're able to see the CDROM device I'd drop to a terminal and run this command to find out the path that the CDROM device is being mounted at.

As others have said most of the distros are using /media as some form of the mount point for removable media. I'm on Fedora 19 but this method should work the same for you. Using this command in a terminal will show you the device & path that's being used to mount the removable media:

So to change to the directory:

Not the answer you're looking for? Browse other questions tagged cd-command disk elementary-os or ask your own question.

1
External drive not being recognized
2
Elementary OS installation failure
4
How to install jar command in Elementary OS
1
Alert! Root Drive Does Not Exist After Elementary Installation
0
Can't install packages from PPAs (Elementary OS)
0
How do i get drivers for my Realtek r8169 wifi card
1
Changing the font in XScreensaver's dialogs?