Installing Android-x86 on a USB (not creating a Live USB)?

I want to carry around an Android OS install on a USB so I can have a Google Authenticator with me everywhere I go since I don't own any mobile devices. The idea being that I can run Android through VirtualBox on the computers I use.

So I first partitioned my 8 GB USB drive using gparted into a fat32 file system for portability.

Then I created a VirtualBox disk associated with the fat32 partition on the USB drive at /dev/sdd1:

Then I downloaded the android-x86 iso, and attached the iso and newly created usbdisk.vmdk as storage on a new VM in VirtualBox. 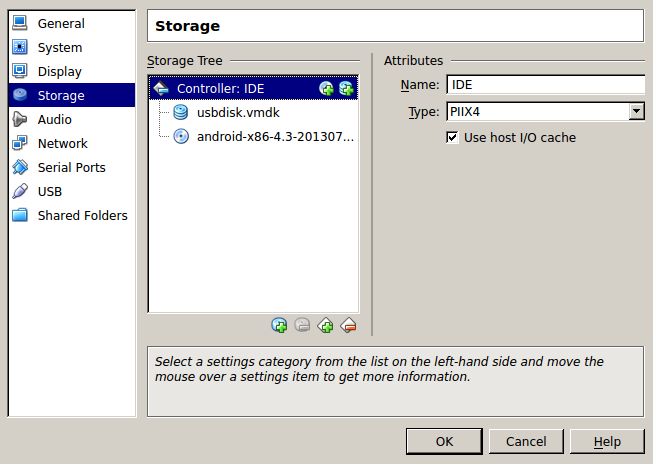 Then I boot up the VM and start the installer. 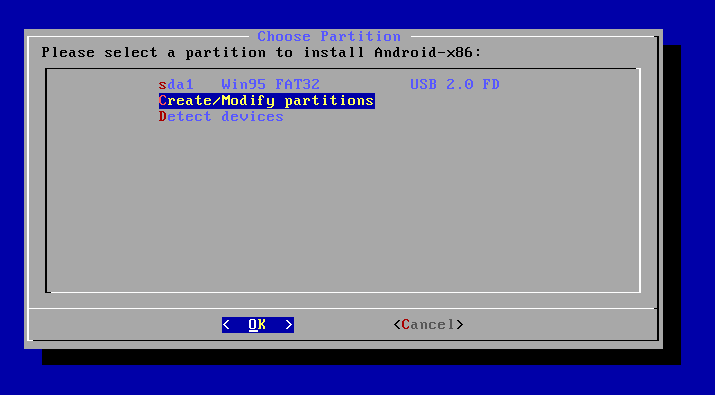 I formatted the partition again as fat32 and marked it Bootable, then started the install. When asked if I want to install GRUB I confirm, installation completes, and I select "Reboot", then shut down the VM.

At this point I remove the Android install disk from the VM, leaving only usbdisk.vmdk, which has Android installed on it now. However, when I boot, I just get this: 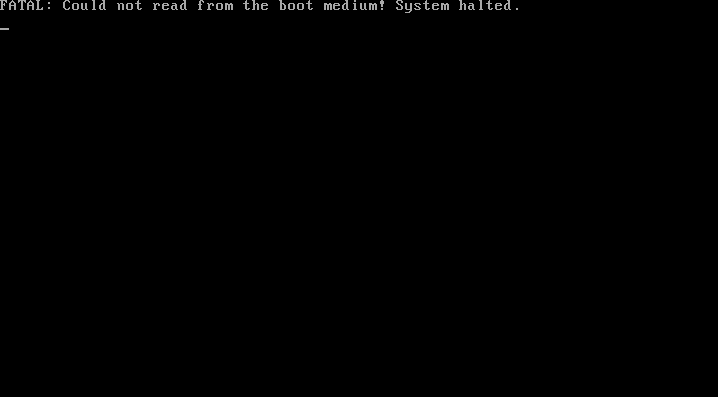 Android and grub are both clearly installed on the usb:

And here's what the USB stick looks like in gparted 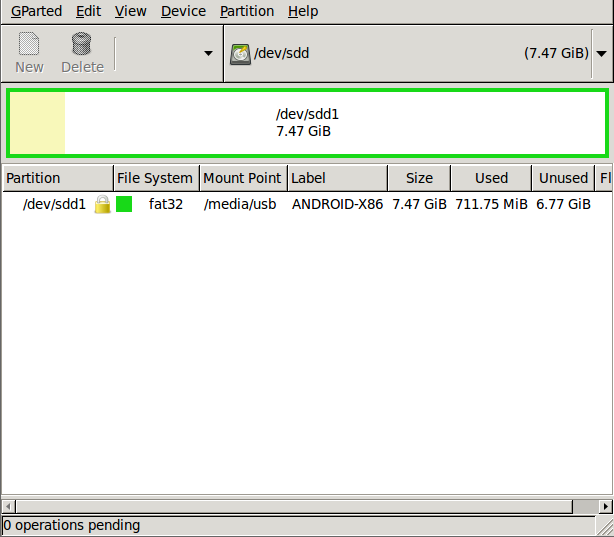 Why can't Android be booted from this USB? Everything seems to be installed correctly, but virtualbox complains that it can't read the boot medium.

Here are a few things that I changed to make it work:

I install Android to USB with the .iso file and a USB boot maker program (rufus). There are 2 ways: use 2 USB and use 1 USB only.

I get some problems: some app not work.

Not the answer you're looking for? Browse other questions tagged filesystems partition virtualbox virtual-machine android or ask your own question.